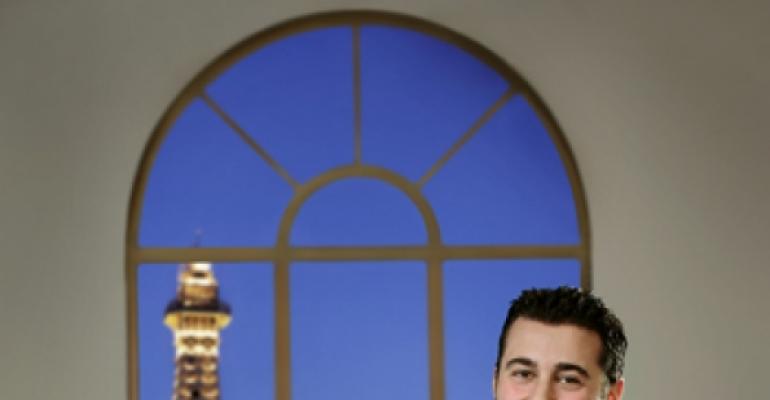 Franck Savoy, who had previously managed the 4-year-old Restaurant Guy Savoy at Caesars Palace, now will oversee all of the hotel and casino’s 23 restaurants and cafes, including Bobby Flay’s Mesa Grill, Bradley Ogden, Rao’s, Payard Pâtisserie & Bistro, and Beijing Noodle No. 9.

“We selected Savoy because he is the true definition of customer service,” said Gary Selesner, president of Caesars Palace.  “His pedigree, charm and personality as well as his passion to inspire service makes him a fortuitous addition to our team.”

Franck Savoy’s foodservice career began nearly a decade ago at the Hotel Hyatt Regency in Madeleine, France, where he worked in customer service. Next, he moved to Restaurant Les Bouquinistes and Le Chiberta in Paris. From there, he opened Restaurant Guy Savoy in Caesars Palace, the only branch outside of Paris of his father’s famous restaurant.

The Las Vegas outlet of Restaurant Guy Savoy, which is styled after the top-rated Paris location, was named as one of the best new restaurant by Esquire magazine. It also earned 3 1/2 stars from the Los Angeles Times and won the AAA Five Diamond Award in 2008.

Alain Alpe, who has worked at the restaurant since 2006, will replace Franck Savoy as general manager of Restaurant Guy Savoy.