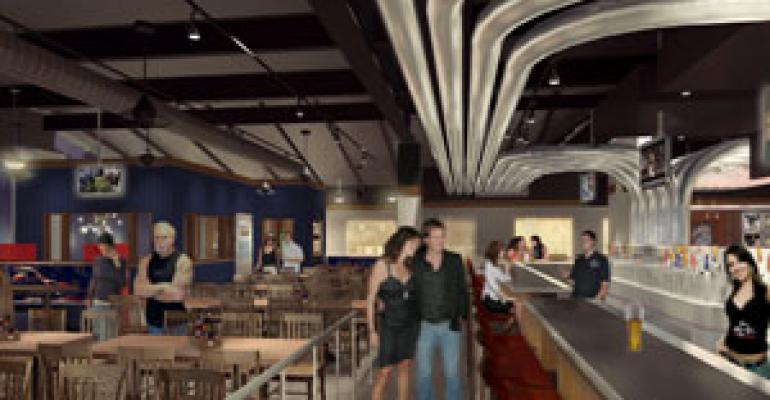 Advent Entertainment has acquired the international rights to the Orange County Choppers Roadhouse name and plans to open the first unit this summer in Newburgh, N.Y.

The 8,500-square-foot Roadhouse will include a full-service restaurant, bar and retail shop. Newburgh, 60 miles north of New York City, is the headquarters for Orange County Choppers, which is known for its custom motorcycles and the “American Chopper” reality television show on TLC.

The OCC Roadhouse will feature American-style “comfort food” with indoor seating for 225 and a patio with fireplaces and barbecue pit to seat another 100. It will have a center bar and a keg room with 165 beers on tap. A bowling alley, concert hall and microbrewery are planned for the second phase in 2011

Advent Entertainment, based in Miami, is owned by Mark Advent, who in 1997 created the New York New York Hotel & Casino in Las Vegas.

Advent said in a statement that “American Chopper” has become “one of the most popular reality shows in the world, broadcast in 162 countries and 35 languages, and we are creating an international entertainment, leisure and lifestyle brand to be enjoyed by people of all ages, food and beer aficionados, concert-goers, motorcycle enthusiasts, sports fans and night-life revelers.”

Roadhouse’s menu was created by Christopher Lee, 34, who is executive chef at Aureole, Charlie Palmer's flagship restaurant in New York. Lee said it will include American classics, such as fried chicken, burgers, macaroni and cheese. and pizza.

Advent is looking at expanding OCC Roadhouse to Miami, Orlando, Fla., Las Vegas and Dubai in the United Arab Emirates. The company said the Dubai location would feature a hotel and Orange County Choppers showroom.