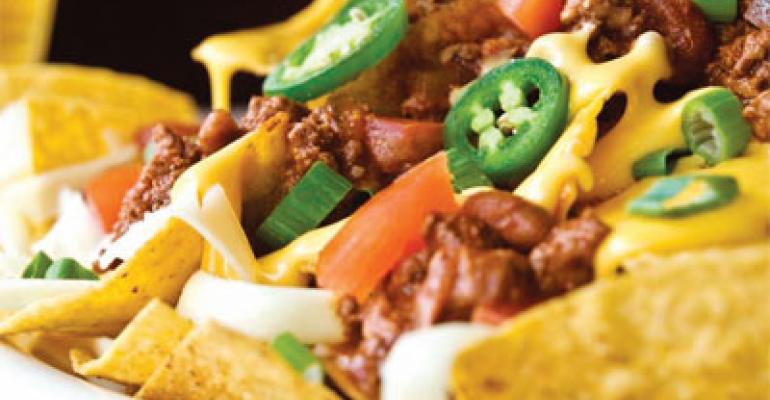 Only a few years ago, eco-conscious consumers were being labeled as tree huggers, and their opinions were generally being discounted by the population as a whole. But today, as the environment faces dangerous challenges, sustainability has emerged as a central concern at restaurants across the country.

Not only are operators seeking energy-efficient ways to run their businesses, but they also are re-engineering their menus to reflect the public’s desire for foods that are good for them and the planet.

Locally sourced ingredients, organic fruits and vegetables, and grass-fed proteins comprise the menu du jour, and that trend is on the rise, experts say.

“It is the fastest-growing trend,” said Chris Moyer, project manager for the National Restaurant Association’s Conserve Initiative. “Five years ago customers hardly understood what sustainability was. Today, nearly 25 percent recognize what a sustainable company does.”

“I think right now there is a real fascination with farm-to-
table in the industry and marketplace, and consumers have responded to that in the same way they did to energy conservation a couple of years ago,” he said.

Yet he noted, it is extremely difficult for large concerns to practice 100-percent local sourcing.

“I own [two upscale independent restaurants,] Canoe and Aria, and we’ve been farm-to-table there since 1995,” he said. “But when you’re talking about supply chains in 50 states, there is a whole set of different logistics that larger companies have to deal with.

“At Ted’s, [guests] wouldn’t really like it if we only offered tomatoes in June, July or August, so we get around that by bringing in a distribution network,” he continued. “This requires trucking, holding and proper handling, and that, by its very nature, is not the most sustainable way of doing things.”

In order to offset those practices, McKerrow said the chain composts its waste in Colorado and Atlanta and donates food to several local food banks.

Jack Graves, chief cultural officer for Burgerville, the 39-unit fast-casual burger chain based in Vancouver, Wash., agrees that the number of customers expecting sustainable offerings is on the rise.

“The group of people who care about where food comes from is growing larger all the time, especially in the Northwest, which is a stronghold for those kinds of people,” he said. “When they buy one of our hamburgers, they know it is natural, never treated with hormones or antibiotics, and that has become a lot more important to people over time.”

He added that patrons continue to ask for local foods all the time, and the $60 million company obliges with items that often are seasonal in nature and higher in price. Nevertheless, customers are willing to pay the $9 average check as long as the food meets their criteria.

Some of those items include Walla Walla onion rings that are one of a kind and served only in the summer, he said, and berries grown locally for the chain’s ice cream milkshakes. In addition, the milk is certified hormone-free. But the company’s involvement extends even beyond that, he asserted. Animal welfare also has emerged as a key concern.

“There is a group of people who really look at where the food comes from and makes sure steps are taken to ensure the animals are treated correctly,” he said.

At Ted’s, McKerrow said the chain emphasizes the use of bison on its menu. The more healthful, lower in fat and cholesterol alternative to beef also is very eco-friendly, he noted.

“We’ve been most successful and made the biggest impact with bison,” he said. “Simply put, bison is easier on the world environment. They only eat grass, don’t need feedlots or require a lot of maintenance, corralling or managing.”

He added that his partner, Turner, owns 55,000 head of bison, which allows the $100-million-a-year company to bring “a consistent amount to market every year.”

“I think it will be a journey, not a destination,” McKerrow indicated.

Said Graves: “There will continue to be an increase in sustainable practices, but I don’t think it will be real fast. It won’t be as fierce as it was, but there will be more demand as time passes.”