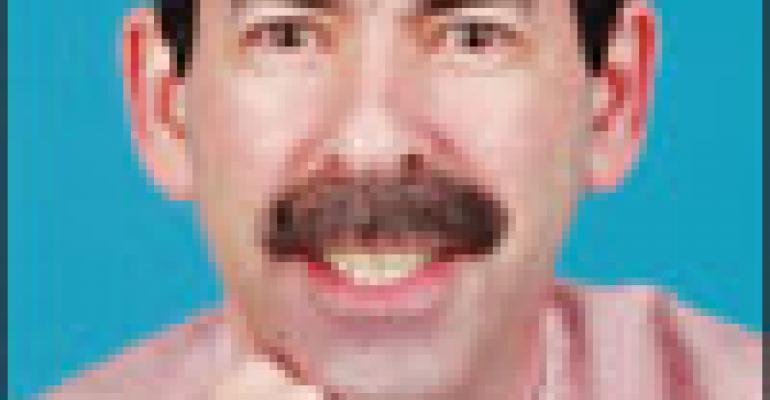 Need for speed (cooking) not limited to QSR operators

When we put the words “fast” and “food’ together, what immediately comes to mind are quick-ser vice restaurant giants like McDonald’s, Burger King and Wendy’s. But are they the only ones that require foods to be produced fast?

Not at all. In fact, the need for speed from operators in all industry segments continues to drive manufacturers to update and improve what they already have on the market and develop products that are even faster than their predecessors.

So where can high-speed cooking equipment provide a distinct advantage for the operator?

In noncommercial corporate-dining venues, where the dining guest may have even considered skipping lunch to tackle the desk laden with projects that need to go out today, the guest’s expectation is that he’ll get his meal in seconds, not minutes.

Which appliances would the high-speed equipment replace?

The fact is that in most cases the high-speed units don’t replace any of your existing equipment. Instead, they’re used to augment your existing cooking battery, unless they’re being used for a product-specific purpose, such as making pizza or hot sandwiches. It’s the same as adding a panini grill or a convection oven to the cold station; as you spread the menu offerings across more appliances that can be working simultaneously, the output can increase in speed and volume.

In some cases, high-speed equipment can help save labor costs, because the alternative to increasing speed and output is to put another pair of hands on the cooking line, but considering the high cost of labor and its impact on the bottom line, tools that can bring about a good return are really a no-brainer. Also, the equipment doesn’t call in sick, ask for days off or ask for more money.

In terms of what types of high-speed equipment are available, impinger ovens and clamshell-type griddles are the workhorses of quick-service pizza and burger chains, but for the rest of the industry, the most obvious appliance of choice is the whole family of high-speed ovens. Such ovens employ combination heating from convection hot air with microwaves, microwave and impingement—convection heating that is forced through perforated walls of the oven. They also may employ microwaves with light waves.

More than 600 exhibitors are believed to be working The NAFEM Show this week at the Georgia World Congress Center in Atlanta. Several will be displaying or demonstrating high-speed cooking gear.

If you’re at the show or can still make it there, why not hit the exhibit floor to learn how you can put the cooking pedal to the metal?