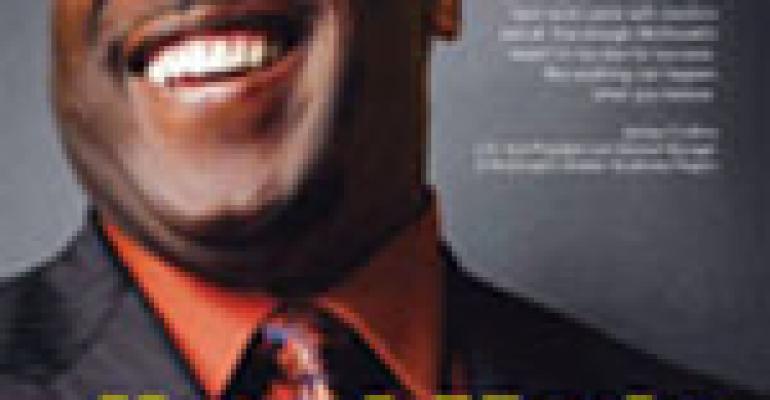 James Collins took a manager-trainee job at a McDonald’s restaurant near Cleveland in 1985. He had worked for the fast-food chain before as a teenager but left to take a factory job. However, when one factory closed and another laid him off, then his attempt at selling insurance didn’t work, Collins returned to an industry he knew. This time Collins saw great opportunity for advancement at McDonald’s.

Today Collins is vice president and general manager of McDonald’s Greater Southwest Region, which includes Oklahoma, New Mexico, northern Texas and Arkansas. Based in Dallas, Collins oversees marketing, finance, operations, training and human resources for the region, which does about $1.3 billion in annual sales.

How does it feel to star in the new Employment Opportunity campaign for McDonald’s?

To me it’s such a huge, untold story. There are thousands of stories out there, just like mine—people who started out as crew members and now are in leading positions in our company. I’m so honored and humbled to have the opportunity to tell that story.

What has kept you at McDonald’s all these years?

The people. I’ve had great mentors who inspired and motivated me. One in particular was a regional manager when I had been a store manager for six months. He really made me feel there was no limit to what I can achieve in the company.

How would you advise someone about working at McDonald’s?

I’ve heard educators tell students, if you don’t get good grades you will end up working at McDonald’s. I say you would be so blessed to have an opportunity to have a career like mine.