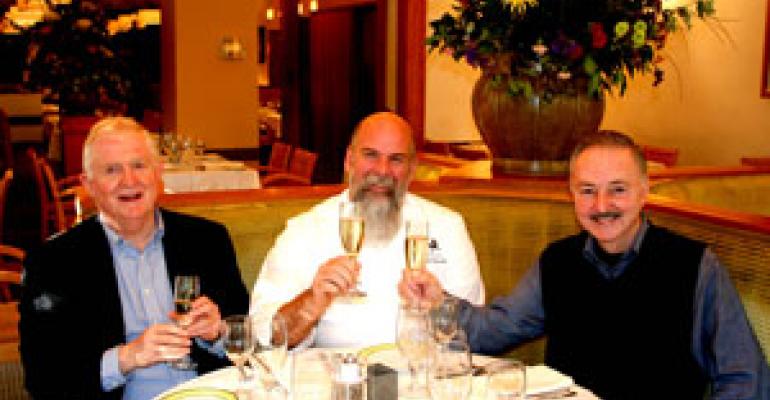 Located in Colonial Williamsburg's Merchants Square, The Trellis was sold to David Everett, who owns and operates the Blue Talon Bistro, also located in the square.

Desaulniers and Curtis operated the award-winning Trellis restaurant for 29 years. The restaurant was inducted into the Nation's Restaurant News' Fine Dining Hall of Fame in 1995.

"Our lease renewal was coming up in a year, and we thought this would be an excellent time to pass the torch," Desaulniers said. "With David Everett, the Trellis is in the excellent hands of a skillful chef and restaurateur."

In addition to running the Trellis, Desaulniers has written 10 cookbooks and starred in own his cooking show on The Learning Channel. He was named Best Pastry Chef and Best Chef of the Mid-Atlantic by the James Beard Foundation.

Desaulniers said he plans to pursue other ventures tied to the restaurant business through his new company, MAD About Food. The company will focus on quality control, cost containment, menu development, cookbook writing and the business of running a restaurant.