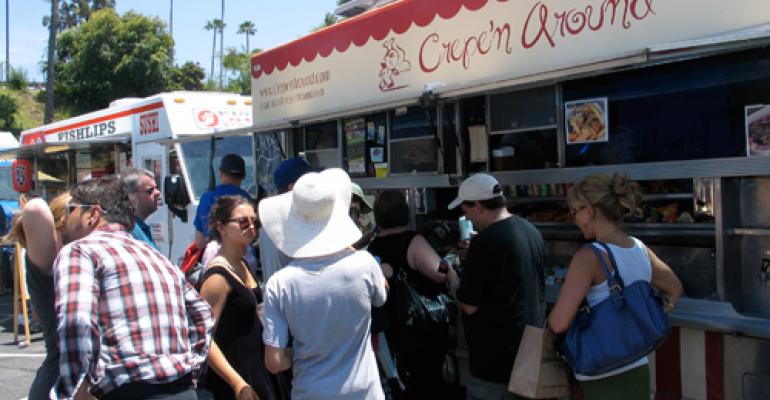 The Los Angeles County Board of Supervisors took the first step toward approving a proposal to require mobile food vendors to post letter grades reflecting their most recent inspection, as brick-and-mortar restaurants must do.

The board reportedly voted unanimously Tuesday to approve the plan, which is scheduled for a final vote next week.

The measure has been strongly supported by food truck operators throughout the region, who argue that the letter grades would further legitimize their niche.

Food trucks currently undergo regular inspections, but unlike brick-and-mortar restaurants, they are not required to post the results in the form of a letter grade

Under the proposed ordinance change, both catering trucks and food carts would be certified annually to ensure they meet proper equipment and design standards and be inspected twice annually. After the inspection, they would be required to post the A, B or C grade indicating results. Those scoring less than a C would be subject to closure.

The ordinance revision was recommended by the county Department of Public Health, which argued that the public disclosure will improve food safety standards and help consumers identify which trucks and carts are permitted and inspected.

After final approval, the program will be implemented in two phases. The first phase will begin 30 days after the ordinance is adopted and will include the inspection of about 3,200 full-service catering trucks operating in the county. The second phase is scheduled to begin July 1, 2011 and will include roughly 2,800 hot dog, churro and other limited foodservice carts or vehicles.

The plan will require mobile food vendors to routinely report their routes to county inspectors, so they can conduct surprise visits.

Initially, the program would only be enforceable in unincorporated areas of the county. As with the letter grade program, however, the county board would recommend that the 88 incorporated cities within Los Angeles County also adopt the ordinance.