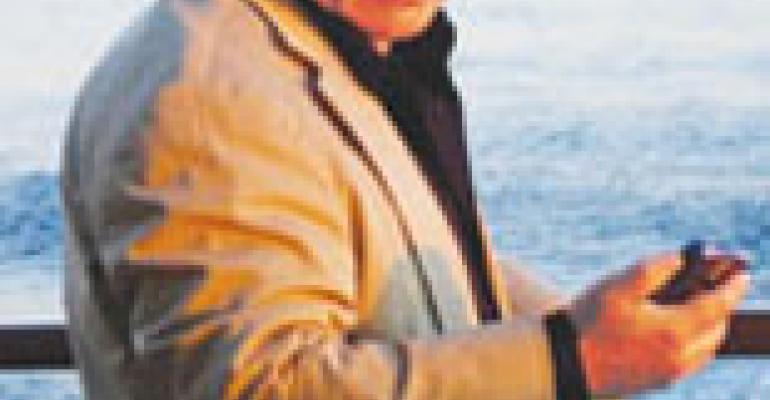 Having Words With Shimon Bokovza Owner And Founder, SushiSamba

Shimon Bokovza enjoys taking traditional themes and ideas and giving them an unpredictable twist, as his seven-unit SushiSamba chain illustrates. Melding together the cuisines, cultures and flavors of Japan and Brazil, SushiSamba now has sales of more than $40 million a year. Bokovza recently presided over the opening of the New York-based chain’s latest unit at the Palazzo hotel in Las Vegas. The casual-dining chain will celebrate its 10th anniversary in 2009.

Where did the concept for SushiSamba come from?

I was very much into the Brazilian culture for a long time. I used to go quite a few times to Brazil. And I loved Japanese food, design and culture. On one of my trips to São Paulo back in 1992, I went to the airport and saw that most of the people there were Japanese. I thought maybe it was a convention, but was told they were working at the airport and lived in Brazil. The first words that came out of my mouth were, “Wow, this is sushi samba!” It stuck with me, and I trademarked the name. There was no question I wanted to do something with that, and a few years later [we opened] the first restaurant.

How do you explain the concept’s appeal?

There are two things you are dealing with: on one side you have sushi, which is, nowadays, something that is very common worldwide. You can find it today in supermarkets in every place around the world. Fifteen or 20 years ago it was available in less places, but there was no question that Japanese food would be very popular. But Japanese sushi is very straight, very well thought out and disciplined food. It has history and tradition, and people need to follow certain rules. They don’t turn right or left with sushi in Japan. I said to myself we could shake that up, add something to it, basically something flamboyant like Brazil, and came up with SushiSamba: food with energy, ambience, an experience. When you serve a Mojito with that kind of food or play certain music, it sends a very clear message.

EDUCATION: Cornell University School of Hotel AdministrationBIRTHPLACE: IsraelCAREER HIGHLIGHTS: created the SushiSamba chain in 1999; established the first-ever ski resort in Israel in the 1970s; created Yellowfin restaurant in Sag Harbor, N.Y., in 1996; in 1998 opened the Kit Kat Club, which housed the Broadway musical “Cabaret,” in ManhattanPERSONAL: married with children

How has the economic downturn affected business?

Basically, we’re just trying to improve on every aspect of the business; we’re trying to have better service and better food and make sure all of this is maintained. We’re trying to provide better hospitality—that is probably our main focus—how to improve hospitality not just in a bad economy, but even when it is booming. The bottom line is people will go where they feel good, so we’re trying to make people feel better. Right now, everyone is trying to see how to maintain the flow of people; that’s really the No. 1 objective. So far we’re doing very decent, especially in markets like New York and Miami, and we hope to continue that.

You opened a new SushiSamba this summer in Las Vegas. How did that go?