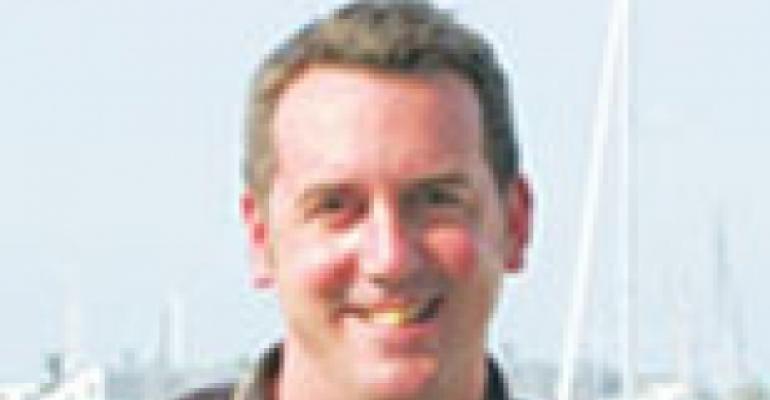 Robert Kemper is managing director and president of the family-owned Harbor Grand and Marina Grand resorts, which have a total of 159 rooms between them, in the small summer resort town of New Buffalo, Mich., on the southeastern shore of Lake Michigan. Known as Harbor Country, the area, which is 70 miles from downtown Chicago, is an Upper Midwest vacation destination and second-home center for affluent Chicagoans and others.

Kemper, who has 25 years of hotel management experience, moved from his home state of California eight years ago to pursue the opportunity to create a portfolio of small, independent resort hotels in the Midwest. He also oversees the resorts’ food and beverage operations, led by the year-old Bentwood Tavern, which draws guests from throughout the region.

Previously, he managed luxury oceanfront inns in California for Coastal Hotel Group, following a 10-year career with Hyatt Hotels. While working at the Park Hyatt Chicago, he was named manager of the year.

How is business this summer?

It has been a great summer. Our numbers are up significantly over last summer. The restaurant is wildly successful. Word has gotten out.

Where do most of your resort guests come from?

Most, I’d say between 80 [percent] and 85 percent, of our summer customers are from Chicago. After that, they come from Indianapolis, other Indiana cities and Ohio, and more recently from Michigan, because of the in-state campaign. Michigan residents finally have discovered Harbor Country. Before, Michiganders didn’t consider doing a beach vacation by going south instead of north.

Would you describe the concept of your Bentwood Tavern, which you’ve marketed as a stand-alone restaurant?

It’s comfort food, fresh and made from scratch. It’s a tavern with quality food and nightly specials. Some people call it a “gastropub.” Entrées range from $15 to $25. I don’t think higher prices are right for this area.

What are some things that set Bentwood Tavern apart from other area restaurants?

We don’t discount or do coupons. Our Italian pizza oven has been great, and local hardwood is always available. Our chef, Jenny Drilon, who used to be with Lettuce Entertain You in Chicago, has a fish purveyor in Hawaii that ships directly to the restaurant, so we can introduce some unusual fish. There are no heat lamps. Food runners are here all the time.

How do you manage seasonal staffing challenges for the restaurant?

We work very, very hard on trying to select seasonal workers who have an interest in returning the following season. For instance, we’re more likely to hire a college freshman than a junior. We also hire high-school kids. Our Hispanic workers are used to seasonal work and don’t grumble about it. They like to go to Mexico in December and January, and we offer them leaves.

Is affordable housing for restaurant workers an issue in New Buffalo?

There are several nearby blue-collar towns with affordable housing, unlike northern Michigan, which is so remote and a haven for second-home housing.