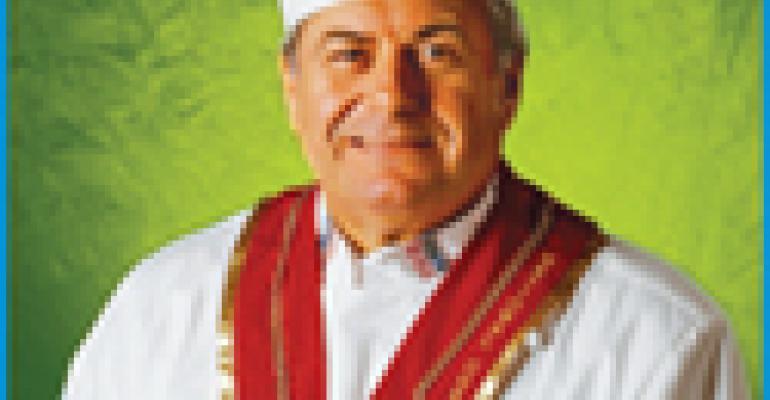 The way Bert P. Cutino sees it, he started in the restaurant industry when he was a tyke.

Growing up in the middle of the 20th century around author John Steinbeck’s run-down, fish-stenched Cannery Row, his house was constantly abuzz with extended family from Italy and a stream of other visitors, and Cutino spent much time helping his mother prepare food for everyone.

“I could cook spaghetti at home when I was five years old,” he says. “We always had so many people over, so I was in the restaurant business and didn’t even know it, making raviolis or cookies or whatever with my mother.”

Little did young Bert Cutino know that he would grow up to not only play a major role in turning his decrepit neighborhood into one of California’s most vibrant tourist attractions, but he would become a master chef, restaurateur and active supporter of up-and-coming chefs.

He co-founded the nationally renowned The Sardine Factory, which he and partner Ted Balestreri opened in 1968 amid the ruins of the Row’s defunct fishing industry. Cutino now serves as chief operating officer for the restaurant. The Sardine Factory’s success from its humble beginnings–50 seats and a rented refrigeration truck parked out back–has allowed Cutino and Balestreri, along with other partners, to open other restaurants and acquire about 70 percent of Cannery Row’s property.

Attracting millions of visitors a year, the area now boasts many other restaurants, as well as hotels, galleries, shops and a world-class aquarium.

“We did draw a tremendous amount of business right off the bat,” Cutino says of The Sardine Factory. “I think we created something a little more unique than what was happening in the area. We really got into regional cuisine with items like abalone.”

The Sardine Factory’s aspirations to greatness apparently rubbed off on Monterey’s culinary community.

“The foodservice business in Monterey, along with lodging, is our most important business here,” says Rick Johnson, executive director of the Old Monterey Business Association. “The Sardine Factory, and the way those gentlemen [Cutino and Balestreri] have run it, really defined excellence in dining here on the Monterey Peninsula, raising the bar.”

Johnson says there have been occasions when, traveling on the East Coast, he mentions to someone that he is from Monterey. In some cases, the reaction is: “You’re from Monterey? Have you eaten at The Sardine Factory?”

This should not be surprising, as The Sardine Factory has been the recipient of many major restaurant and wine awards. Among them are the Distinguished Restaurants of North America, or DiRoNA, Award, bestowed on the restaurant annually since 1993; membership in Epicurean International; AAA’s Four Diamond Award; and Wine Spectator’s Grand Award since 1982.

The list of awards Cutino has received is likewise lengthy and distinguished. The American Academy of Chefs bestowed its Lifetime Achievement award on him. In 2005, the culinary society Les Amis d’Escoffier honored Cutino with the Les Disciples d’Escoffier. He also won the IFMA Silver Plate Award for Independent Restaurants in 2003.

“I’m really overwhelmed at times by the recognition I’ve gotten,” Cutino says. “I think there are so many people that deserve it so much more than me.”

Johnson and others say that Cutino deserves the acknowledgment not just for his prowess as a chef and restaurateur, but for how he has aided and inspired young chefs and foodservice workers.

Johnson cites himself as an example. Before being hired at The Sardine Factory in the 1970s, Johnson had held other restaurant jobs. But this one changed him.

“Before that, I thought that a foodservice job was something you do on the way to something else,” Johnson says.

Cutino and Balestreri “were the first to make me realize that the food industry was really a profession,” he says. “When you worked for them, their professionalism became a part of who you are.”

After his Sardine Factory stint, Johnson held top managerial posts at other restaurants and then spent 10 years working for the California Restaurant Association.

Nowadays, Cutino spends less time in the kitchen to more fully devote himself to the young, aspiring chefs and foodservice workers.

“What’s actually scary is that I’ve always set goals in my life, and I’ve achieved all my goals,” Cutino says. “One thing I really like doing is giving back to those who follow in our industry through scholarships, fundraising and a lot of different things.”

Much of this is done via Cutino’s extensive involvement with organizations such as the American Academy of Chefs, where he has held several roles, including chairman.

“Bert has impacted a lot of young people and helped them get their careers on track,” says John Kinsella, president of the American Culinary Federation. “He is an outstanding chef, an outstanding businessman and an outstanding human being.”