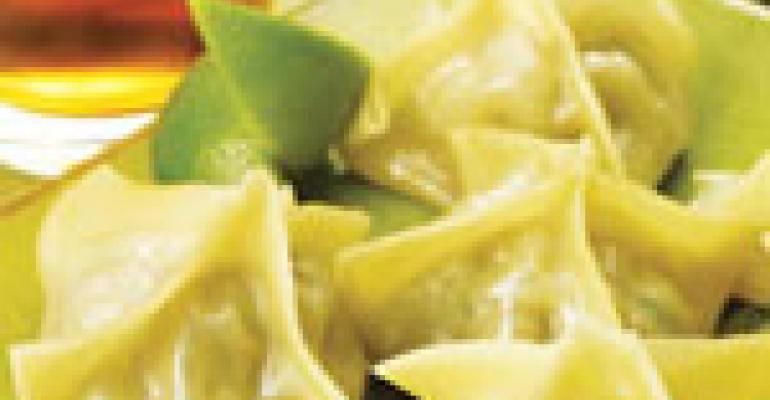 Fifteen years ago, when the late beer writer Michael Jackson first devoted a chapter of his book, “Michael Jackson’s Beer Companion,” to the topic of beer and food, it’s safe to say that, to the overwhelming majority of North Americans, the topic was foreign territory. Beer was then primarily for drinking on its own, or at best with pizza or a backyard barbecue. To invite ale or lager to an elegant dinner table would have been, in a word, crass.

How times change. While there do remain areas of stubborn opposition to the idea of partnering fine cuisine with appropriate styles of beer, for the most part, consumers and restaurateurs alike agree that where fine food is served, beer should be available as well, even if only as a backup to King Wine.

Evidence of this shift in attitude abounds, from the growing number of fine-dining restaurants stocking a decent selection of premium craft and imported beers to the appearance of beer stories in food-focused publications, such as Gourmet and Saveur, as well as the previously unimaginable presence of breweries and beer importers at gourmet food-and-wine shows. Perhaps most indicative of the rise of beer at the table, however, is the rapidly growing number of resources designed to instruct individuals in the proper pairing of beer and food.

Building on the groundwork set by the “Beer Companion,” the number of books devoted to both cooking and dining with beer has grown since the turn of the century from a trickle to a veritable torrent. They range from Garrett Oliver’s 2003 beer and food partnering tome, “The Brew-master’s Table,” to the gorgeous, brand-specific Belgian cookbook, “Duvel à la Carte,” and the domestic book that seeks to cover it all, Lucy Saunders’ “The Best of American Beer and Food.”

But one needn’t settle for thirsting and drooling over mere pages in a book because specialty beer dinners, in which each course is matched to a specific beer, have never been more fashionable.

First off the mark was the three-day Flaveurs, Bières et Caprices event—or “Flavors, Beers and Whimsies”—held late last year in Montreal, which, despite severely inclement weather, was well attended by locals and out-of-town visitors seeking to expand their beer and food pairing knowledge. The 2008 edition of the downtown event is scheduled for Nov. 14 and 15. Details are available at .

Now, the Brewers Association of Boulder, Colo., which also presents the annual Great American Beer Festival in Denver, is bringing the beer and food experience to the nation’s capital with an event called Savor. Limited strictly to American craft-brewed ales and lagers, Savor will feature a reception-format tasting area where individual beers from 48 breweries will be offered alongside both sweet and savory hors d’oeuvres.

A half-dozen seminars devoted to more in-depth exploration of the beer and food equation will also be offered. Savor takes place May 16 and 17 at the Andrew W. Mellon Auditorium in Washington, D.C. Tickets and a detailed listing of the breweries and their offerings are available at .

Stephen Beaumont is a veteran beer writer and author of five books on the subject. His writing on beer, drinks, food and travel appears in a wide variety of national and international publications.