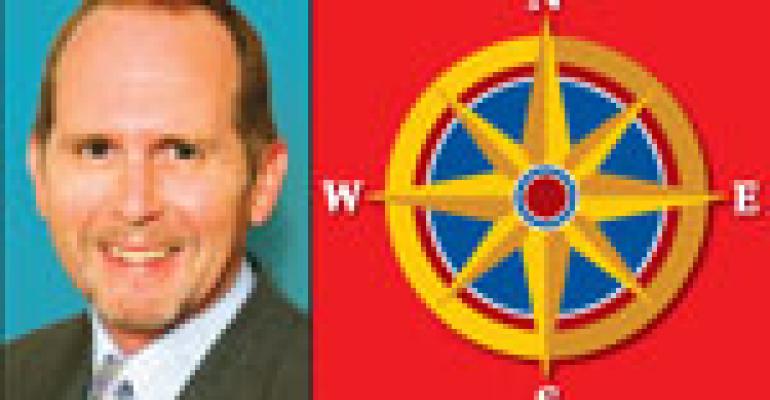 Books are feasts for the mind, and I have a voracious appetite for them. A year ago, I joined a book club with the goal of reading tomes that I ordinarily wouldn’t think to crack the spine on. I was rewarded recently by reading “Discover Your Inner Economist,” an introduction to economic theory by Tyler Cowen, a professor of economics at George Mason University and blogger at . Cowen uses real-life trends and behaviors to explain economics, and he devotes a large chapter to food around the world—especially food found at restaurants. He explains why good ethnic restaurants often are found in cheaper-rent strip malls and why Continental Europe is losing the culinary edge to Anglo-American nations.

“High wages are a reason why Western Europe is losing its historic role as culinary leader,” he writes. “Parisian restaurants must pay high wages, high benefits and face tough labor laws. … Even though the United States has a high average level of wages, the country has more immigrants, more part-time labor and a greater dispersion of wages. It is much easier to find low-wage labor in the United Sates and much easier for people to work long hours without breaking the law.”

As restaurants here in the Southwest have known for decades, well-priced food relies on keeping labor costs down.

“The Anglo-American nations, such as the United States, Canada, U.K., Australia and New Zealand, all have relatively free labor markets and relatively liberal immigration policies,” Cowen explains. “Thirty or 40 years ago, these countries were culinary losers, famous for their bland meats and their boiled vegetables. Today they are all up-and-coming hot spots, gaining on the older culinary reputation of France. Many restaurants—whether haute cuisine or ethnic dining—in the Anglo-American world are staffed and run by immigrants. Few of those workers expect six weeks [of] vacation or a sharply limited work week.”

To Cowen’s thinking, the U.S. immigration policy, or lack thereof, is contributing the country’s smorgasbord of good cuisine.

“It is not unusual for a French chef to move to New York to hire a Mexican to cook French food for an American clientele, or perhaps to cook for French tourists,” the economist says. “The key element to the equation is the Mexicans and their freedom to sell their labor.

“In the United States most of the French food—arguably most of the food—is cooked by Mexicans, not by Frenchmen,” he says. “Frenchmen cost too much, but millions of Mexicans, in their home country, still earn only a dollar or two a day. Many of them would rather cook in the United States for $10 to $20 an hour, even if it means cassoulet rather than carne asada.”

Of course, this explains why here in the Southwest we have a rich offering of restaurants, especially Mexican. My curiosity and taste buds are being sated, one book and one burrito at a time.