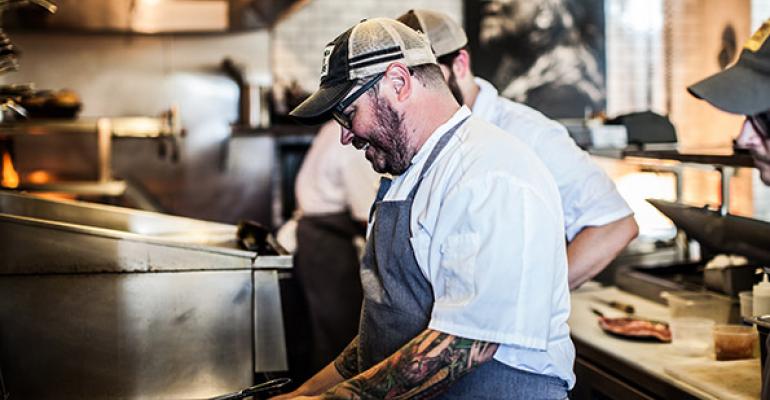 Chef Sean Brock represents the past, the present and the future of Southern cooking.

In less than a decade as executive chef of McCrady’s in Charleston, S.C., and Husk in Charleston and Nashville, Tenn., Brock has managed to turn a long-held perception about Southern food — that it is synonymous with fatty, bland and boring — on its hog head.

At McCrady’s, the oldest restaurant in Charleston, Brock revived an aging cuisine with his postmodern take on Southern fare, a unique blend of traditional ingredients and molecular gastronomy. Meanwhile, at Husk, he’s taken his commitment to reviving Southern cuisine further than almost any other chef, serving up a modern menu using only ingredients from the South.

But Brock, who was raised near the coalfields of Virginia, is not satisfied with just serving his native fare. He is also a champion of the survival of the region’s unique indigenous ingredients. He’s developed 2.5 acres on South Carolina’s Wadmalaw Island where he grows heirloom produce for his restaurants including benne, an African sesame seed originally brought to the South by slaves. He’s also working to save the critically endangered Ossabaw Island hog and developing his own breed of pig.

Next up, Brock is applying his unique culinary approach to tacos at the recently opened Minero, in Charleston and Atlanta, a casual concept serving food inspired by the flavors of Mexico.

Correction: Jan. 19, 2016  An earlier version of this article misspelled McCrady’s.