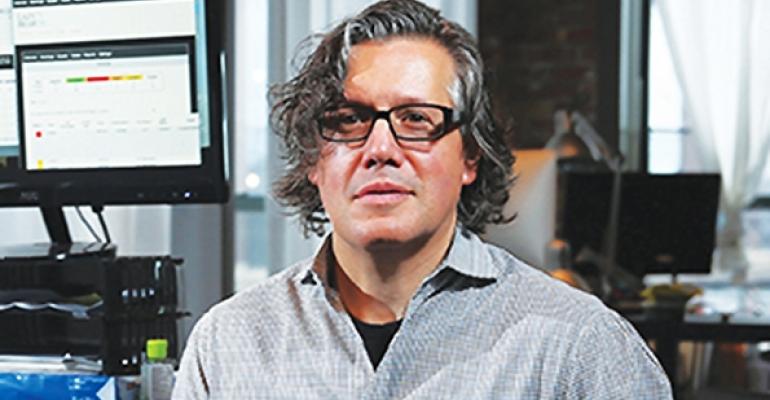 If you have tickets to a concert or sporting event, and you decide not to go at the last minute, that’s your problem. You bought the tickets; you eat the cost.

Restaurants don’t normally have the luxury that those event venues do, and yet a restaurant meal is also an event, usually with a lot less seating than a concert hall, let alone a stadium. Because of that, no-shows are a real threat to profitability, especially at small, high-end restaurants.

Nick Kokonas knows that. He’s the co-owner of three avant-garde venues in Chicago: Alinea, Next and The Aviary. Each seat in those spaces is precious, with Alinea meals starting at $210 per person and Next starting at $305.

So Kokonas founded Tock, an online reservation system that not only allows for advance ticket sales, but that also attempts to change the way guests look at a night in a restaurant.

Tock presents restaurant reservations as events: Guests at The Aviary, for example, have booking options that include a five-course cocktail tasting with paired food for $135 per person and a 3-course “cocktail progression” for $65. Guests pay when they book, with tax and tip included, just as if they were buying an airline ticket. Other restaurants, such as Journeyman, a Tock user in Somerville, Mass., use the service to book conventional reservations, with the option of a $10 to $20 discount for guests who pay in advance.

Just as in the airline industry, restaurateurs can vary the pricing at different times of day or days of the week.

Tock is catching on, especially at high-end restaurants such as Coi in San Francisco, Qui in Austin, Texas, and Trois Mec in Los Angeles, paving the way for a new approach to eating out.