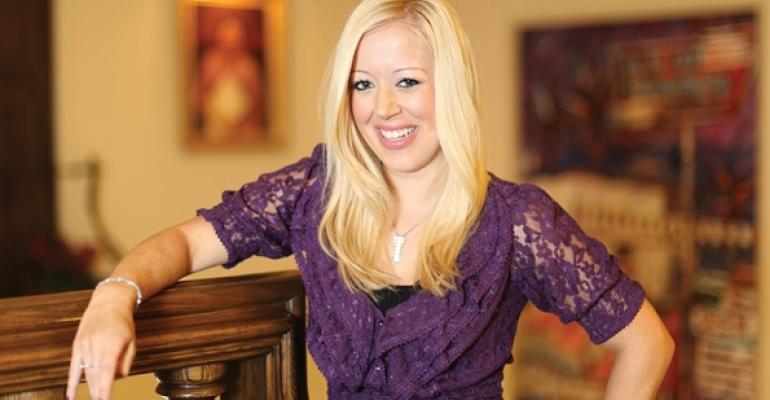 Lynsi Snyder’s passion may be drag racing, but she knows that as president of the cult phenomenon In-N-Out Burger, slow and steady wins the race.

The quick-service chain has been winning since Snyder’s grandparents, Harry and Esther Snyder, opened their first drive-thru 67 years ago. Based in Irvine, Calif., the company has 301 locations in California, Arizona, Nevada, Utah, Texas and Oregon. Its worth is estimated at upwards of $1 billion, and the chain has become one of the most beloved brands in the country, patronized by movie stars and famous personalities.

Industry pundits credit its success to consistency, quality, simplicity and slow, measured growth over the decades. The menu — burgers, fries, shakes and soft drinks — has remained relatively unchanged, as have the methods of preparation. Beef patties are never frozen and are cooked to order. Potatoes are hand cut and fried in-restaurant. No breakfast menu, no value menu, no extraneous items and no public offering.

The simple formula clicks with customers. For three years in a row, In-N-Out has held the top ranking for the Limited Service segment in Nation’s Restaurant News’ annual Consumer Picks report.

Snyder, who is slated to obtain a majority control over the company when she turns 35, in 2017, has continued to protect the brand. In-N-Out took a stand against third-party delivery companies, suing DoorDash in November for copyright infringement and unfair competition.

She has also maintained the company’s media-shy policy, rarely granting interviews. On the In-N-Out website, Snyder says her role as president is to adhere to the brand’s high standards. “But there is more to my vision for In-N-Out … We don’t just want to live up to our own high standards … we want to exceed them!”