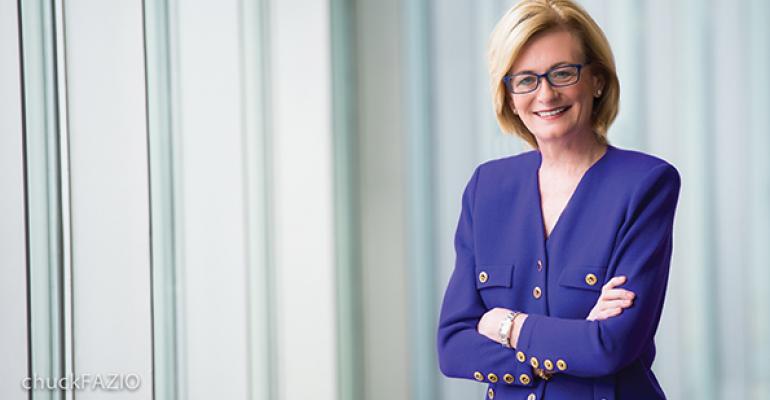 NRN presents The Power List 2016, our third annual list of the most powerful people in foodservice. The Influencers on the list are educating the next generation of chefs and restaurateurs and defending and advocating for the industry.

If her title as president and CEO of the National Restaurant Association did not already underscore Dawn Sweeney’s role as the foodservice industry’s tip of the spear against the activists at the gate, one could remove all doubt by asking the protesters who crashed the NRA’s annual trade show last May.

Agitators from Restaurant Opportunities Center United brandished fake badges to enter Chicago’s McCormick Place and then picketed in front of the NRA’s booth, ultimately demanding a meeting with Sweeney to discuss increasing the wages of tipped workers.

She did not meet with those protesters that day, but in her eight years as leader of the NRA, Sweeney has met every challenge to the restaurant industry’s business model — from activists, labor unions and regulators — and actively advocated for the interests of the association’s more than 40,000 members. That experience will be particularly indispensable in 2016, when the looming presidential election promises to elevate several issues crucial to restaurants, from immigration reform to tax policy.

Threats to the industry have emerged on all fronts, including the Affordable Care Act’s long-awaited coverage mandates — and the law’s definition of 30 hours per week, not 40, as full time — as well as rising minimum wages in many states. Yet Sweeney has effectively promoted the NRA’s message to lawmakers and the public that the industry is a major conduit to realizing the American dream.

Sweeney, named one of the 100 “Most Powerful Women in Washington” in 2015 by Washingtonian magazine, strives to balance that long-term vision with the association’s next fight, which is always just around the corner.