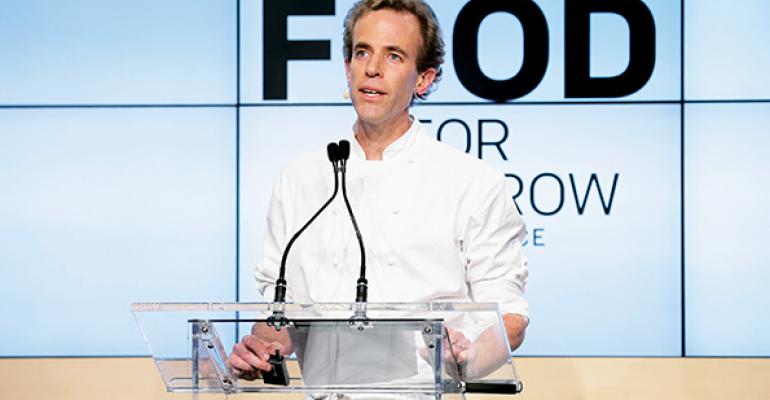 For more than 15 years, Dan Barber has been changing the way America eats by starting a dialogue about complex food issues. Now he wants to talk about what we’re not eating — the millions of pound of food that are wasted each year.

A moral compass of the restaurant industry, Barber has made education a key part of his work. What Barber cares about tends to eventually become a concern of the masses. The James Beard Award-winning chef’s opinions on food and agricultural policy have been widely published and hugely influential. In 2009 Time magazine named him one of the 100 most influential people in the world.

Barber’s Blue Hill restaurant in New York’s City’s West Village, which opened in 2000, ignited the farm-to-table trend. Then he took the table to the farm, pushing the limits of working with and highlighting farmers, with the opening of Blue Hill at Stone Barns, located within the nonprofit farm and education center, Stone Barns Center for Food & Agriculture in Pocantico Hills, New York. His latest efforts shine a light on the issue of food waste and the environmental impact of our meals.

In his new book “The Third Plate: Field Notes on the Future of Food,” Barber proposes a new way of eating that is both good for the environment and good tasting. Part of his vision is focused on shifting the definition of farm-to-table.