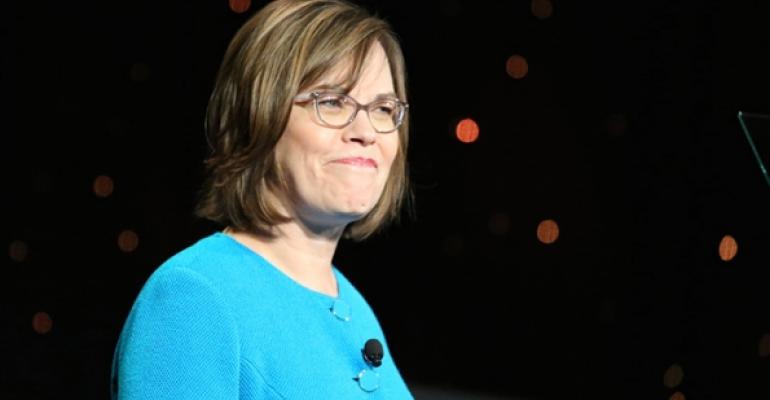 NRN presents The Power List 2016, our third annual list of the most powerful people in foodservice. The Heavy Hitters on the list manage the footprints of large restaurant chains and are driving inventive practices.

Add another chapter to the turnaround story of Popeyes Louisiana Kitchen Inc. under the direction of president and CEO Cheryl Bachelder — how the revived chain is growing leaders.

In 2007, industry veteran Bachelder inherited an aging quick-service chain, with weak customer visits and sales. By 2014, sales and traffic had risen and market share had grown from 14 percent to 21 percent.

The turnaround story began when Bachelder established four principles as a foundation to get Popeyes back on solid footing: Build a distinctive brand; run great restaurants; grow restaurant profits and accelerate quality openings.

In the middle of the turnaround, Bachelder had an epiphany of her own that led her to add a fifth principle: Develop servant leaders. She describes her philosophy in a new leadership book, “Dare to Serve: How to Drive Superior Results by Serving Others.”

Bachelder recalls her turning point after meeting author Jim Collins, who told her that leaders in the highest performing companies put the enterprise ahead of their own interests. She realized leaders could make a greater impact by focusing on people and corporate culture first.

‘‘That is the answer,” Bachelder told Nation’s Restaurant News after she was named the 2015 Norman Award winner.

Popeyes is now working with franchisees to develop new management routines, training support and a curriculum to help restaurant managers learn to lead by supporting their staff.

Today, Popeyes continues to perform well. The company projects same-store sales increases between 5 percent and 5.5 percent for its 2015 fiscal year. Atlanta-based Popeyes owns and is the franchisor of more than 2,300 restaurants worldwide.