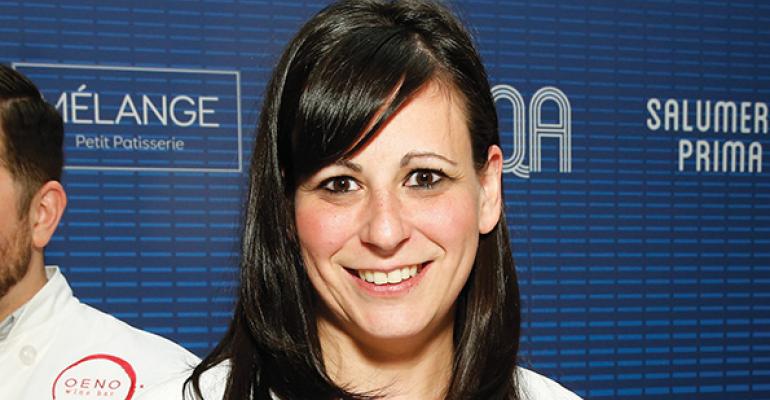 Amanda Cohen has built a career — a wildly successful one to boot — on doing things on her terms. The chef-owner of New York City’s Dirt Candy almost single-handedly put vegetarian cuisine on the fine-dining map when she opened the tiny, 18-seat establishment in 2008, quickly garnering acclaim from Michelin and countless other industry authorities.

With playful dishes ranging from Korean fried broccoli to a celery cheesecake roll, Dirt Candy’s 100-percent meat-free menu has delighted diners of all dietary tendencies while refusing to play by the rules of the industry’s most notoriously stuffy segment.

“I don’t need the world’s best carrots,” she told The New York Times in early 2015.  “We really try to stick with food that you can get in the vegetable aisle at the supermarket.”

More recently, Cohen took it upon herself to change another aspect of the restaurant experience as deeply rooted in tradition and culture as serving up
animal flesh — tipping.

Before reopening Dirt Candy in a larger location in early 2015, Cohen said she was forgoing the custom of voluntary gratuity, instead requiring customers to pay a 20-percent fee on all checks, allowing her to pay stable — and, most importantly, livable — salaries to all her employees.

The decision is right in line with Cohen’s career thus far. Whether competing on “Iron Chef” as the first vegetarian contestant in the show’s history, putting out a graphic novel cookbook, or asking customers to change the way they’ve been dining out for decades, it’s take the chance first, deal with the repercussions later.