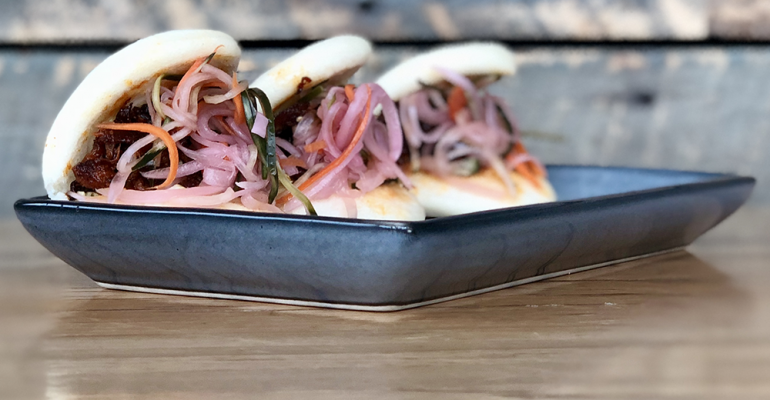 Dumplings get the global treatment

Dumplings speak a universal language of comfort. Frequently filled with minced meat or vegetables, the small packets of dough are cooked in kitchens around the globe. Lately, however, they’ve been having a moment thanks to Bao, an animated Pixar short that puts the dim-sum staple in the pop-culture spotlight.

From Asia. Bao, one of many varieties of Chinese dumplings and buns, are on a growth curve, with Datassential reporting that their presence on menus has grown 54 percent over the past four years. Made from dough similar to bread dough, bao are steamed to a fluffy finish, and they don’t need Pixar to convince chefs of their appeal. Flying Squirrel, which kicked off the bar scene on Chattanooga, Tenn.’s sizzling Southside, promotes sharable crispy pork bao buns with Napa cabbage, pickled slaw and sesame aïoli. Chicago’s 10-unit Wow Bao uses its namesake in a range of sweet and savory items, including four varieties of breakfast bao like the spicy sausage and egg bao with Szechuan sausage and chile paste. Other Chinese dumpling styles have long been popular on mainstream menus, as with pan-seared pot stickers made with pork and served with Szechuan dipping sauce at TGI Friday’s, or chicken pot stickers with soy-ginger sesame sauce at The Cheesecake Factory. The latter chain also features chicken samosas, a baked or fried Indian cousin to dumplings. In The Cheesecake Factory’s version the crispy wrappers are filled with spiced chicken and served with cilantro dipping sauce. 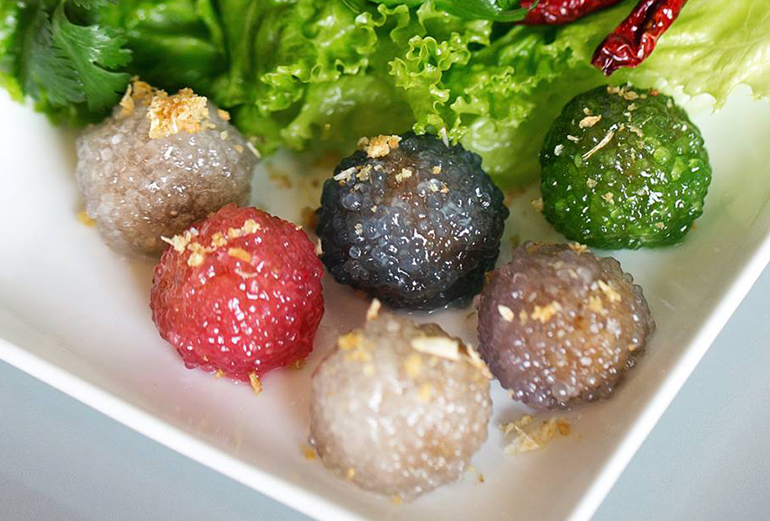 Snackboxe Bistro in Atlanta specializes in Lao street food, like pork-and-shrimp saku (above), jewel-like dumplings with shallots, ginger and fried garlic that get a pleasing crunch from ground peanuts in the filling. In Birmingham, Ala., Nepalese dumplings give their name to mo:mo:, a food stall that offers steamed turkey-and-vegetable momos that are grounded by an Alabama tomato vinaigrette. In addition to claiming the world’s largest selection of draft beer, Yard House also boasts Pork Lumpia. Though not quite dumplings, these Filipino eggrolls fill a similar niche, being bite-sized and stuffed with meat and vegetables. They’re served with sweet chile and creamy soy-white truffle sauce. And speaking of truffles, Edamame Dumplings (below) at True Food Kitchen are served in a Japanese dashi broth with Asian herbs and white truffle oil. 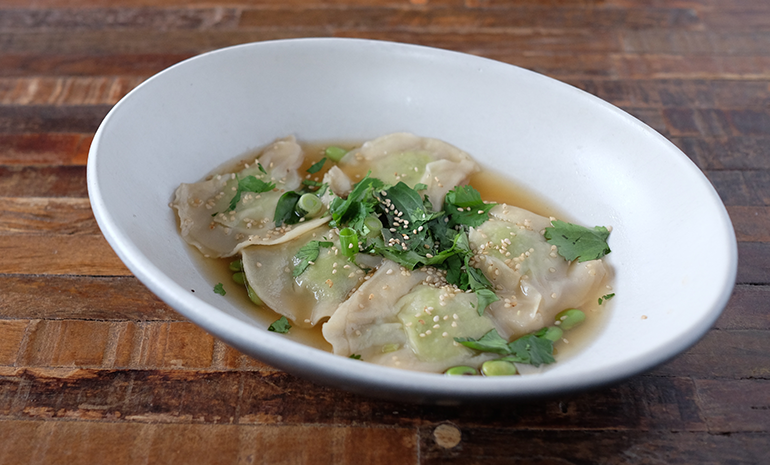 From Eastern Europe. Pelmeni, Russian dumplings, are popping up all over, too. In Portland, Ore., Kachka and casual sibling Kachinka offer favorites like Siberian Pelmeni with beef, pork, veal and onion, alongside their Ukrainian cousins vareniki, which typically boast a broader variety of fillings. The Tvorog Vareniki, for example, are filled with scallions and farmers cheese. Luda’s Dumplings charms Brooklynites by combining “Eastern European classics with a New York attitude,” like the made-to-order potato and mushroom dumplings that mix organic potatoes with sautéed onions and roasted mushrooms. In Los Angeles, Stuff’d Dumpling Shop uses Russian-style dumplings as the jumping-off point for unexpected takes like Hot Chick, which is made with chicken and veggies in Thai coconut curry.

From parts unknown. For some restaurateurs, dumplings are replacing tacos as their carrier of choice for a wide range of trendy, if inauthentic, mashups. The truffle oil, chimichurri, corn and curry noted above exemplify the phenomenon, as do Southern-accented pimento cheese wontons with bacon marmalade on the menu at Atlanta’s Sweet Auburn Barbecue. Italy meets Japan in the Margherita pot stickers at Orsa & Winston in Los Angeles, where gyoza wrappers are stuffed with burrata and San Marzano tomatoes to create a portable, poppable pizza that’s sent LA Instagrammers into overdrive.

The signature pretzel pork & chive dumplings with spicy mustard are a must at Talde, a Brooklyn-based Asian-American concept with three units. Bao go south of the border at Baja Bao in Miami, with Estilo Baja Bao with mahi mahi, pickled coleslaw and chipotle aïoli. Also in south Florida, Kyu borrows its technique from Japanese barbecue grilling, then crosses borders with Korean fried chicken in bao buns with Napa cabbage and an unexpected Parmesan dressing. The super-hot restaurant scene in Austin, Texas, is enlivened by The Hightower, where pozole rojo soup dumplings (below) are finished with cilantro-cashew purée and hoja santa vinegar. 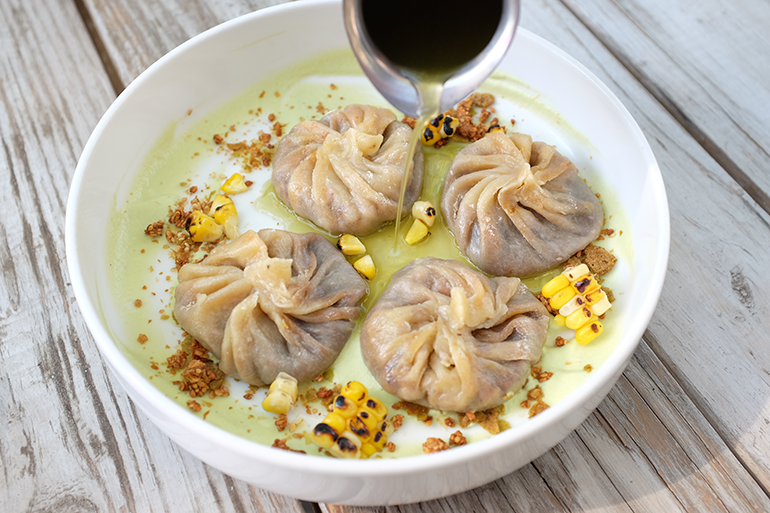 Finally, Chicagoans had best prepare themselves for Bixi, the city’s first Asian brewpub. It promises an Italian beef bao with Szechuan “giardiniera” that tinkers with the iconic hometown favorite sandwich. It will join an only-in-Chicago mashup from Flo and Santos, a South Loop pub that asks if patrons speak “Potalian” and answers with Ravirogi, the house version of ravioli that marries meat pierogi with creamy tomato-bacon vodka sauce.