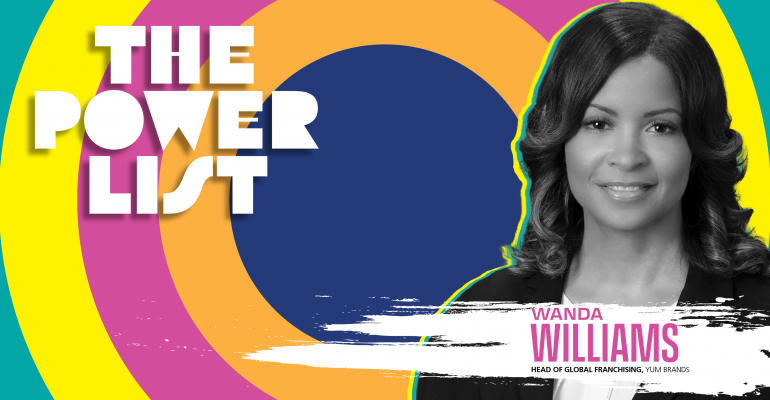 Building up diversity and inclusivity within a restaurant company starts with paying close attention to the franchisee community. This is the philosophy of Yum Brands’ head of global franchising, Wanda Williams, who is using Yum’s new Center for Global Franchise Excellence to entice and inspire the next generation of franchisees.

“I have seen three barriers to entry for underrepresented people of color, specifically African-American, Latino, and women entrepreneurs: access to capital, having the right contacts with the franchisor, and understanding how to get into the buyer pipeline,” Williams said. “I think it’s critically important that all of the brands within the restaurant industry eliminate those barriers and bring more voices and faces to franchising.”

Williams began her career with Yum Brands at Pizza Hut, where she mostly worked on the financial side before moving onto her roles in operations and franchising. She served as vice president of operations for Pizza Hut U.S., and has been the head of Yum’s global franchising since Nov. 2020.

Williams was a driving force behind the creation of the Center for Global Franchise Excellence, which launched in March 2021 in partnership with the University of Louisville in Kentucky and is the first business program of its kind at a public university. The program was designed specifically to target women and people of color to learn how to be a franchisee. The program has three different franchising tracks (including an online program), along with an undergraduate and graduate program launching in May 2022.

Yum is set to announce another extension of the program in January, which will address mentorship, networking mentors and access to capital.

Besides training a diverse new generation of franchisees, Williams’ goal is also to attract entrepreneurs to Yum Brands’ global markets. Overall, she said, bringing new faces and voices to the table helps to sustain long-term growth, create jobs and build up generational wealth. Moving forward, she and her team hope to continue to knock down the barriers to entry for people that might not have grown up with as many financial and networking resources as the Yum Center for Global Franchise Excellence can now provide.

“If you think about all the places where we have restaurants, that’s where we can touch the lives of younger entrepreneurs or different folks who aren't in our business today,” Williams said. “This gives us the mechanism to build a franchise system that looks and feels just as diverse as the communities that we serve.”