Mandy Shaw’s role of CEO and president at Blaze Pizza was made permanent in late 2019 after she had served as interim CEO following the departure of Jim Mizes. She was previously the pizza brand’s chief financial officer.

Yum Brands made a series of executive moves in the past year. Taco Bell, a famously female-led brand, hired KFC veteran Nikki Lawson as the global brand chief, and named Julie Masino the president of the international division. Sister brand KFC also made some executive moves, promoting Monica Rothgery to chief operating officer of the U.S. division, and Staci Rawls to be the brand’s first chief communications officer.

Burgeoning brand True Food Kitchen named two women to leadership roles in the year after receiving an investment from Oprah Winfrey. Shannon Keller was promoted to the chief marketing officer, while Peggy Rubenzer was named chief people officer, both new roles for the company.

Fast-casual burger chain Shake Shack appointed Tara Comonte to the role of president in late 2019. She previously served at the brand as chief financial officer for two years.

Former Boston Market CEO Frances Allen left her post at the beginning of 2020 and shortly after announced she had a new position as CEO of quick-service company Checkers and Rally’s.

Whataburger Inc. hired Janelle Sykes to be the burger chain’s chief financial officer in late 2019, taking over for Ed Nelson, who was promoted to president of the brand.

Black Bear Diner, the family-dining chain, named a new CEO in early 2020. Anita Adams had served as president of the brand since April of 2019, and chief financial officer before that.

Another Danny Meyer venture, Union Square Hospitality Group, announced the hiring of two women for senior executive roles in early 2020. Rani Yadav was named to the newly created position of chief marketing officer, and Patti Simpson to the role of chief people officer.

Therese Gearhart was named president and CEO of the Women’s Foodservice Forum following the retirement of Hattie Hill and the interim placement of Denny Marie Post.

Another health-forward company, Muscle Maker Grill, promoted vice president of marketing Aimee Infante to chief marketing officer. Infante has been with the brand since 2014.

On the culinary side, Qdoba Mexican Eats named Katy Velazquez the brand’s corporate executive chef after she previously worked at a small Mexican chain in California.

Jodie Conrad was named chief marketing officer of Fazoli’s in late 2019. She most recently served as VP of marketing at the company and has been with the company since 2016.

Beard Papa’s franchisor, Muginoho International, named Pamela Fazio to the new positions of president and CEO in June of 2019.

Millicent ‘Milli’ Hawkins was named to the new role of chief financial officer at 16-unit P. Terry’s Burger Stand in 2019.

Momofuku, the David Cheng-founded restaurant group, named its first-ever CEO in 2019 - Marguerite Zabar Mariscal. Mariscal was hired as an intern for the company in 2011, named brand director in 2016 and chief of staff and creative director in 2018 before taking on the chief executive role. 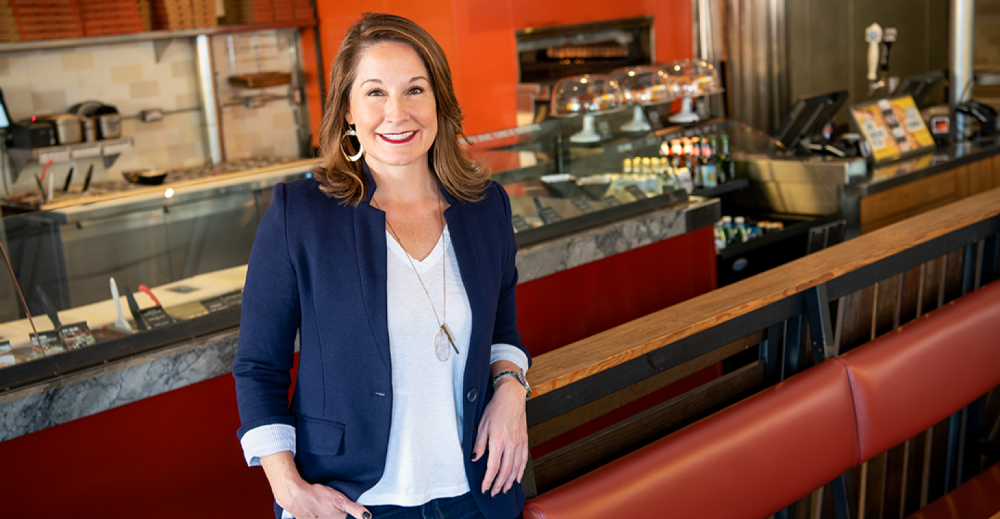 Next Up
Chefs on the Move: New culinary jobs at restaurants across the United States
Start Slideshow ›