A year of women on the move: 35 restaurant executives who started new jobs 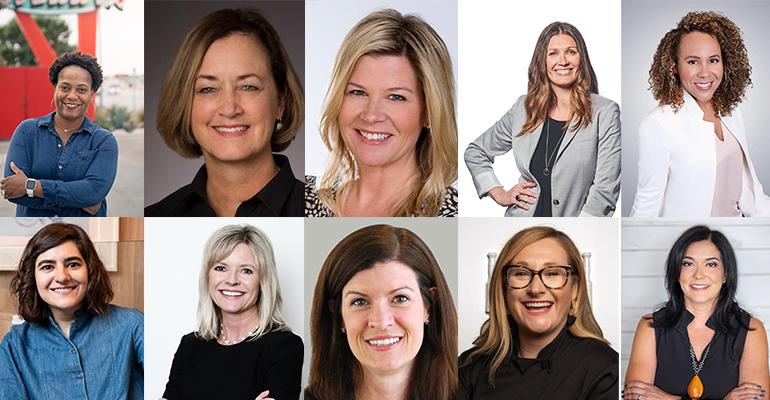 In 2019, as in many years before, Nation’s Restaurant News released its annual Power List, the most influential people the food and restaurant industry compiled by our team of editors. Last year, the list was all women.

So, a little more than a year later, and in anticipation of our newest Power List, we decided to see what women in the C-suite have been up to. Have more women filled leadership roles in the past year?

One brand that doesn’t fit the mold is Taco Bell, a company we profiled in January 2019. Senior editor Nancy Luna, who covers Taco Bell’s parent company Yum Brands, analyzed the quick-service taco chain and noted that the leadership team was almost entirely female, with women in the roles that produced the brand’s largest and most popular initiatives.

In the aftermath of our list, that remained largely true. Where women vacated roles at the company, they were largely replaced with other women, except in the role of president.

But they are the exception, not the rule.

Of the top 50 chains in NRN’s Top 200 ranking, only three have women at the top. This is down from five in 2019 as Denny Marie Post retired from Red Robin and the two women who co-ran Taco Bell as presidents, Julie Felss Masino and Liz Williams, moved on to a senior leadership position globally at Taco Bell and to another company, respectively.

Things are brighter beyond the C-suite. At McDonald’s, 68% of managers at company-owned stores are women, and 68% of Starbucks’ U.S. workforce are women, according to McDonald’s and Starbucks themselves.

In the executive corner, 35 women have changed roles in the restaurant and foodservice industry since March of 2019. These include CEOs who moved to new CEO positions, women who stayed in the C-suite and women who moved up.

Take a look at women on the move from the past year.