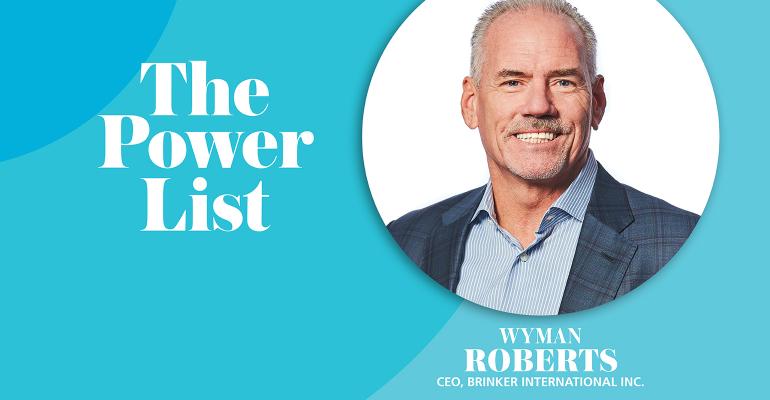 Virtual brands were a power play in 2020, and Brinker International Inc. was the first company to bring one nationwide.

Wyman Roberts, Brinker CEO and president, led the Dallas-based casual-dining company — despite the pressures of the COVID-19 pandemic — in introducing the It’s Just Wings virtual brand in 1,050 Chili’s Grill & Bar and Maggiano’s Little Italy locations in one fell swoop.

Roberts said he expects the virtual delivery brand, which debuted nationwide in June on the DoorDash third-party platform, to grow into a $150-million-a-year business in its first year.

Roberts, in the company’s fourth-quarter earnings call, said the virtual brand was doing about $3 million in average weekly sales in the seven weeks it was broadly available. Roberts added that the brand’s sales were “highly incremental” to Brinker and provided an opportunity for the company to address pressures on the casual-dining segment.

“We believe this is our opportunity to prove that maybe it isn’t overbuilt, it’s just underutilized,” Roberts said. “It's Just Wings leverages existing buildings, equipment and labor. Even after aggressive pricing and marketing, buying quality ingredients and packaging and paying our last-mile logistics partner, we're generating strong flow-through.”

Roberts said the virtual brand idea was first conceived by an in-house “innovation group” established two years ago, exploring a wide variety of ideas to grow sales for the company. The group also looked at food trucks and other virtual platforms, he said.