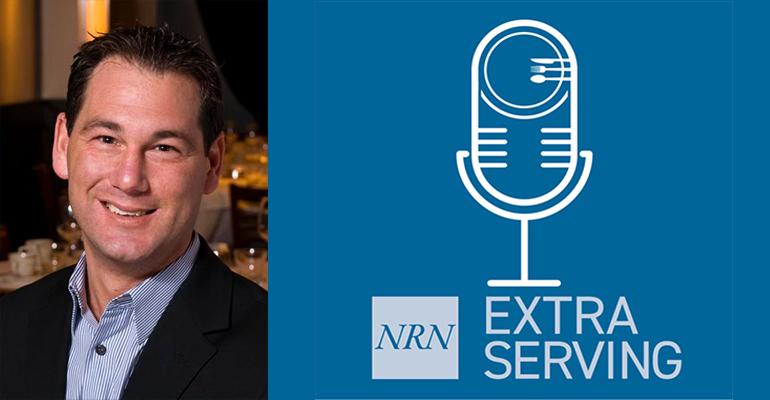 Wow Bao, the fast-casual Asian concept, in early October sped past the 100-unit mark for its six-month-old dark kitchen initiative.

Geoff Alexander, Wow Bao president and CEO since 2009, said in this Extra Serving podcast that the program was developed prior to the COVID-19 pandemic as an option for operators to increase margins and profits.

Alexander has been with Chicago-based multi-concept restaurant group Lettuce Entertain You Enterprises, which created Wow Bao, since 1993 and said the planning for the dark-kitchen Wow Bao was underway last year.

“We had this idea back in 2019 that, since we have national distribution, why can’t restaurants sell the product out the back door through third-party delivery,” Alexander said.

“Although we did not create it for COVID,” he added, “we did create it to help restaurants on the margin grow topline sales and profit.”

The dark-kitchen Wow Bao debuted in January with an LEYE restaurant and went to wider market in April, during the height of pandemic restrictions.

“We’ve had great success with college campuses and airports, which are asset-light for us,” Alexander said. “We like the asset-light model. And we thought about the ice cream stores of the world, where in some parts of the country they have five months out of the year where they don’t have a lot of business or the coffee shops that aren’t running a dinner period.”

Alexander said the Wow Bao dark-kitchen model has 36% food and packaging delivered cost of goods and requires only about three square feet of space in a kitchen.

“Really all you need to do is boil water,” he said. Some freezer space is required for storage of product.

Alexander said operators can see sales of $2,000 a week or more after six weeks of operation. He added that the initial upfront fee is $495, which includes access to the existing national supply chain, online training and third-party delivery providers as well as assistance with targeted social-media ads.

Equipment costs are light, he added, saying a steam kettle costs $60 and a rice cooker $220. Total investment can be $1,000, and Alexander said the goal is for operators to make the investment back in 10 to 14 days, excluding packaging and supplies.

“We expect to be somewhere between 150 and 200 by the end of year,” Alexander said. “Our goal internally is to get to 1,000 units. We talk about 18 to 24 months to get there. But bringing Deborah on board, I think we’ll get there a lot faster.”

Wow Bao has maintained its home Chicago market, but the dark-kitchen program is now in more than 55 cities and 22 states.