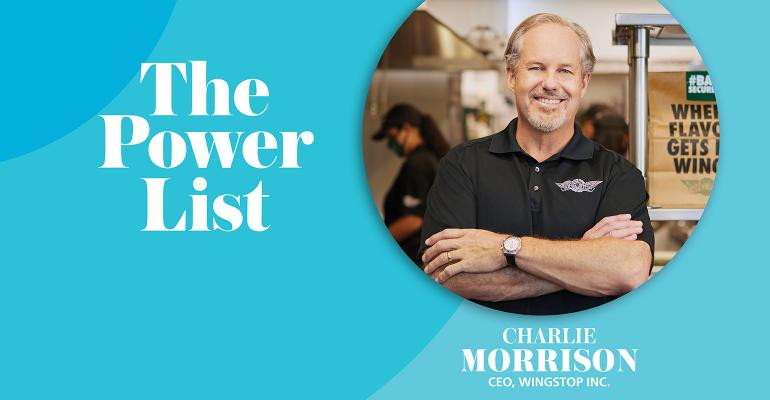 Wingstop Inc., with about 80% of its sales off-premise before the coronavirus pandemic was declared in March, was ideally positioned to weather the COVID-19 age.

But Charlie Morrison, CEO and chairman of Dallas-based Wingstop since June 2012, says investments in the company’s culture have been as impactful as those in its digital and delivery platforms for increasing sales during the pandemic.

“We have put in all the right pieces and parts to make sure we were prepared for a world where perhaps 100% of transactions would become digitized in some way,” Morrison said during Nation’s Restaurant News’ Restaurants Rise program in June.

While the coronavirus restrictions were a test for the Dallas-based chicken-wing brand, Morrison said, the company was prepared with a talented leadership team.

People, he said, are the foundation of a successful organization. “A crisis will truly define how we behave as leaders,” Morrison said.

“We’ve adopted that as part of our culture,” he said. “For us, it’s table stakes. It’s all about who we are as an organization, who the people are that make it happen.”

Those leaders follow four core values, which Morrison said helped the brand overcome of the challenges of the coronavirus restrictions. Those four values are: authenticity, service-mindedness, an entrepreneurial approach and a capacity for having fun.

“The investment in our culture has really helped fuel this brand now and well into the future,” Morrison said.

Innovation continued to play a role. In June, Wingstop has opened its first domestic delivery-only ghost kitchen in Garland, Texas, a suburb east of Dallas. The new delivery-only unit covers less than 400-square feet, compared to Wingstop’s average restaurant footprint of about 1,750-square feet, and carries the full menu.

Early in the coronavirus pandemic, Wingstop made a $1 million commitment to the National Restaurant Association Educational Foundation’s Restaurant Employee Relief Fund to help those in the hospitality industry impacted by the pandemic.

Prior to Wingstop, Morrison served as CEO of Rave Restaurant Group, parent to the Pizza Inn and Pie Five brands. He earlier served as president of Steak & Ale and The Tavern Restaurants for Metromedia Restaurant Group, as well as in various management positions at Kinko’s, Boston Market and Pizza Hut.