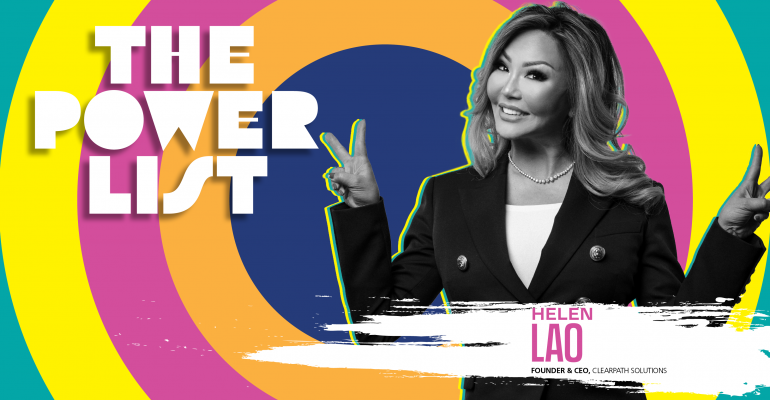 But after 10 years and thousands of matches in the industry, Helen Lao is taking on a new role: social media influencer.
News>People

Why professional matchmaking can be done through social media

Helen Lao, CEO of ClearPath Solutions, is a matchmaker. After all, she runs an executive search firm for the restaurant industry.

But after 10 years and thousands of matches in the industry, Lao is taking on a new role: social media influencer.

She was named one of LinkedIn’s Top Voices for 2020. One of the reasons was her series #HelenOnTheMove, where she documented traveling, visiting clients or going out to dinner. She continued the series across LinkedIn, Twitter and Instagram, gathering enough steam to have people ask where she would be going next.

As she shared more of her food experiences, she said, the hashtag became about showcasing smaller and emerging brands on LinkedIn, which is typically where more corporate people engage.

“It was a great way for [executives] to see there's all these … emerging brands popping up in Boston, Chicago and Denver. And so, it was just kind of a fun way for us to showcase and spotlight not only companies, but people,” she said.

Small brands, which aren’t generally on LinkedIn, are missing out on that platform’s potential for making connections and recruiting leaders, Lao said.

Especially when looking for employees, both at the C-level and below. And that’s where Lao has become an emerging force in the restaurant industry, helping to pair leaders with the right brands.

Of course, it’s not just social media that is changing the way restaurants engage with their teams and the wider world. Lao said the broader digital revolution that’s underway is making leaders who are more adept and creative in how they do their jobs.

“The one area that we're seeing change very, very quickly is around the digital side of the business; it's merging with marketing, which is merging with ops,” she said. “We're definitely seeing a collision, and [it’s] a good way of having to be able to think out of the box, being open to new ideas, new concepts.”

Despite the trend toward everything digital — a trend that has launched Lao to influencer status — she said most CEOs she talks to still want their teams to be in an office, or at least have the ability to come to a nearby office.

“You lose that cultural element,” she said of the trend toward remote work. “It's not the same when you can actually walk into someone's office and have a conversation when the person's four states away. There's just a different complexity to that.”