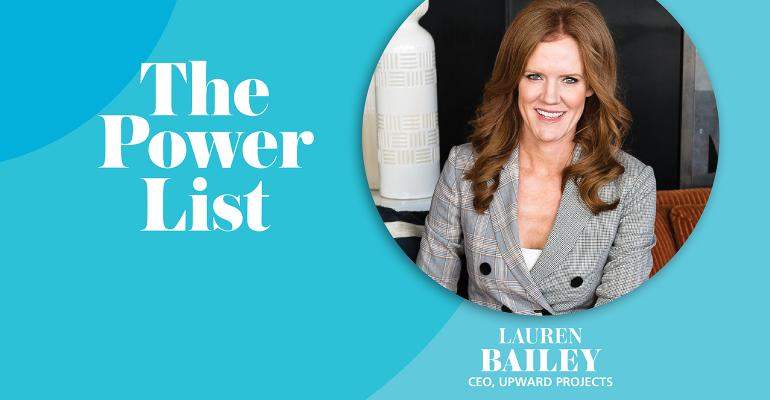 As CEO and co-founder of Upward Projects and its five concepts, Lauren Bailey has kept her finger on the pulse of the communities where her company operates.

Upward Projects places an emphasis on adapting and reusing historically relevant buildings that are an integral part of the neighborhoods its restaurants serve.

With dual degrees in communication and fine arts, Bailey approaches her role with a honed sense of place.

During the tumultuous 2020, Upward Projects approached the year’s thorniest issues without fear. The company addressed racial tensions, marked by the Black Lives Matter movement, by closing all its restaurants for a day in the wake of George Floyd's death. And the company, on its Instagram account, offered what steps it was taking and suggested readings for others.

The company also partnered with Fox Restaurant Concepts to launch #takeoutforteams, a program that raised hundreds of thousands of dollars for their out-of-work teams during the takeout-only stages of the COVID-19 pandemic.

Giving back to her local community, Bailey was recently named to the Arizona State University Foundation’s board and serves on the Grand Canyon University Colangelo College of Business Advisory Board.