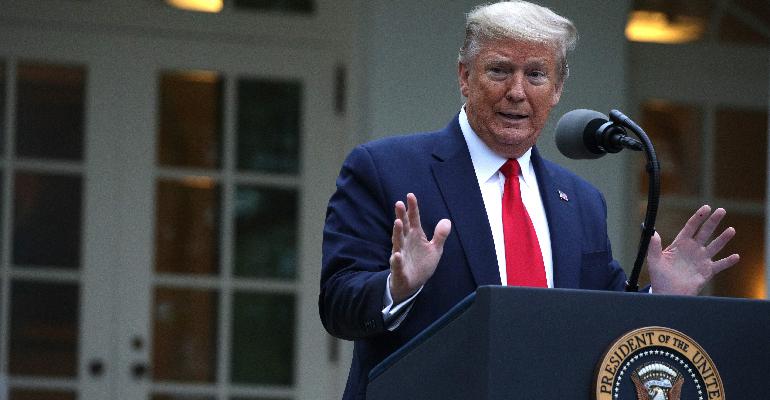 As the nation’s businesses work toward reopening after the widespread lockdown that began in mid-March to stem the spread of the highly contagious coronavirus, the White House named the groups to advise policy makers on the economic recovery.

Related: The new abnormal: How the restaurant industry will be changed by coronavirus

COVID-19-related closures led more than 16.8 million people, or about 10% of the U.S. workforce, to file unemployment claims in the three weeks ended April 4, and the breadth of the restrictions have yet to be measured fully in the economy.

Marvin Irby, interim president and CEO of the National Restaurant Association, was named to the food and beverage industry group along with 22 other executives.

“Restaurants have been deeply and disproportionately impacted by the COVID-19 crisis as state and local governments have taken action to enact social distancing policies,” Irby said in a statement Wednesday.

“Economic forecasts reveal the industry will sustain at least a $225 billion loss and be forced to eliminate between 5 [million] to 7 million jobs over the next three months. Despite this extreme economic hardship, restaurants continue to step up in every neighborhood across the country to feed and unite their communities.”

In addition to Irby, the White House said the food and beverage industry group also included: