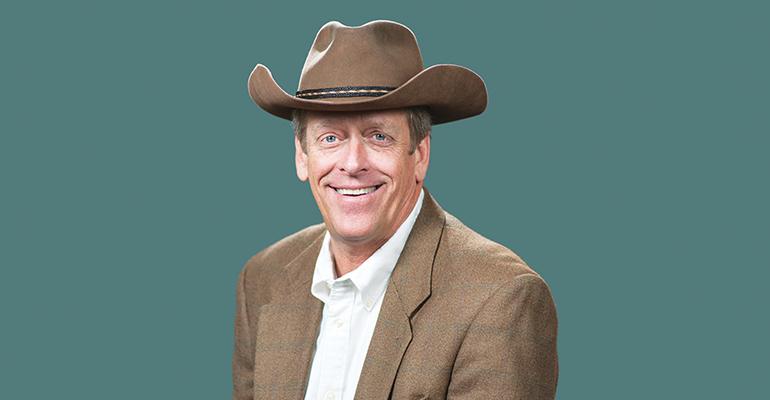 The restaurant world on Friday mourned the loss of Texas Roadhouse founder and CEO Kent Taylor following the shock of his death.
News>People

The restaurant world on Friday mourned the loss of Texas Roadhouse founder and CEO Kent Taylor following the shock of his death.

Company officials in a statement said Taylor took his own life after a battle with post-COVID-related symptoms that included severe tinnitus.

“Kent battled and fought hard like the former track champion that he was, but the suffering that greatly intensified in recent days became unbearable,” the statement said.

“But in true Kent fashion, he always found a silver lining to help others. Most recently, he committed to fund a clinical study to help members of the military who also suffer with tinnitus,” the company said.

“Kent leaves an unmatched legacy as a people-first leader, which is why he often said that Texas Roadhouse was a people company that just happened to serve steaks,” the statement said. “He changed the lives of hundreds of millions of employees and guests over the past 28 years. He also impacted hundreds of thousands of people through his generous and often anonymous donations.

“He leaves behind a legendary company led by his hand-picked Leadership Team fueled by the passion of Roadies in communities around the world,” the company statement said. “All who knew him will miss him greatly and Kent’s direction was always clear. Happy employees make happy guests.

“We are saddened by the decision Kent felt he needed to make and want to emphasize more than ever the importance of reaching out for help if you or someone you love is suffering,” the statement continued. “As Kent would so often say, ‘Keep it legendary.’”

Across the industry, restaurant executives expressed sorrow at his loss.

“Kent was a visionary, a legend in the restaurant world that so many of us respected,” said Todd Graves, founder and CEO of Raising Cane’s Chicken Fingers. “He succeeded at all levels of the business while always remaining an operator at heart. His accomplishments at Texas Roadhouse created a legacy that will not be forgotten.”

Deepest condolences to the family of Kent Taylor and the countless people he inspired. An aspirational industry leader and a loss to so many. https://t.co/ZxMejsLroV

In Louisville, in particular, Taylor was seen as a maverick who built a lasting legacy, not only with Texas Roadhouse, but with people whose lives he touched.

Louisville lost a much loved and one-of-a-kind citizen with Kent Taylor’s passing today. Kent’s kind and generous spirit was his constant driving force whether it was quietly helping a friend or building one of America’s great companies in @texasroadhouse. 1/2

Sen. Mitch McConnell (R-Ky.) said in a statement that Taylor “didn’t fit the mold of big-time CEO. He liked it that way.”

Taylor built a billion-dollar company with “creativity, grit and a lot of bold risks. When they paid off — which they almost always seemed to — he gladly shared the results,” the Senate Minority Leader said, noting that, “from cooks to the executives, Kent deeply cared about his team.”

During 2020, Taylor gave up his compensation package to aid frontline workers. McConnell said Taylor covered healthcare and bonuses for thousands, keeping restaurants open to make sure workers got paychecks.

“Through his quiet generosity, Kent supported our veterans, the Special Olympics, and local law enforcement, just to name a few,” said McConnell. “He did it to help worthy causes, not garner his own praise.”

Workers also described Taylor as a generous man “with a heart of gold.”

My heart is so heavy. Kent Taylor the best Founder/CEO has passed. A generous man w/a heart of gold who truly lead a people-first work culture & changed countless people's lives for the better. Forever grateful to have been able to work for him. pic.twitter.com/7FCkuzYKPI

My life is different thanks to this man and I can’t thank him enough for the motivation and knowledge I have gained from him. Glad I had an opportunity to meet him and talk to him when I did. May he Rest In Peace @texasroadhouse pic.twitter.com/SRILfxwBQc