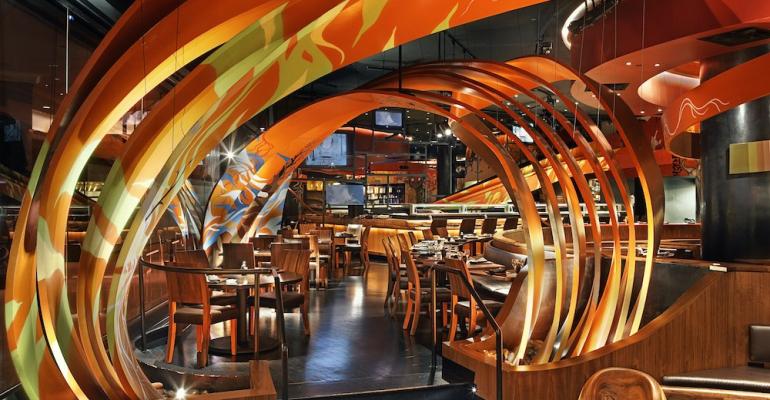 The parent to the international SushiSamba chain has named two co-CEOs.

New York-based Orange Brands Management has named Patricia Gonzales and Omar Gutierrez co-CEOs of the hospitality group, which also operates the Duck & Waffle concept in the United Kingdom. SushiSamba has locations in Las Vegas, the United Kingdom and Dubai.

The two replace former CEO Shimon Bokovza, who remains in an active role with the company as founder and managing partner.

Gonzales has been with the company since 2000, just after it first opened in New York City, and she has spearheaded the strategy and development of the human resources and accounting departments. She is responsible for the strategic, financial and operational decisions for the group as it grows SushiSamba, which is scheduled for expansion in the Middle East as well as Morocco, Scotland and elsewhere, the company said.

Gutierrez, who served previously as chief operating officer, oversees operations and growth for SushiSamba and Duck & Waffle, and has helped open units in London’s Covent Garden and Dubai. Before joining Orange Brands, he worked in operations and business development for Hakkasan Mandalay Bay.