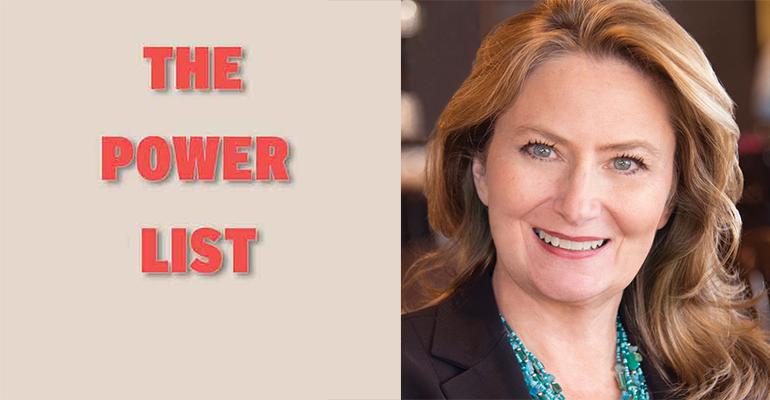 In 2019, Starbucks chief technology officer Gerri Martin-Flickinger led her team through a quagmire of consolidating an 11-year-old rewards program and developing a robust delivery network for the world’s largest coffee brand.

In 2015, former Adobe executive Martin-Flickinger joined Starbucks as the leader of its global IT team and inherited one of the most popular digital loyalty programs in the industry.

Over the past four years, Martin-Flickinger has evolved Starbucks into a cloud-based, digital-first brand: introducing the mobile ordering and payment programs to global markets systemwide and pushing out the Seattle-based company’s delivery program nationally this past July.

Flickinger and the technology team so engrained the digital/mobile culture of Starbucks into customers’ phones and wallets that by the end of 2018, Starbucks rewards membership had increased 14% to 16 million active members, and Starbucks rewards accounted for 40% of total U.S. store transactions.

In 2019, Starbucks continued its digital makeover, introducing ghost kitchens to improve ease of delivery to markets in China in partnership with e-commerce company Alibaba’s Hema supermarkets, and testing out express-style store layouts in both Beijing and New York City: minimalist store designs that focus on mobile order and pay, and delivery customers. The express stores also introduced digital signage so that customers can easily track the status of their order. As the Starbucks consumer becomes more mobile and lingers less, these store formats are driving convenience and eliminating long lines to improve the in-store experience.

Flickinger has also been at the forefront of AI and robotic technology innovations. In fall 2019, Starbucks brought voice ordering to China, with help from their delivery partners Alibaba and food delivery platform Ele.me. In Japan, customers can now pay with the touch of a pen (which writes with actual ink in a “coffee brown” color) linked to a virtual wallet.

Be prepared for more customer-facing technology investments to roll out in the near future. Starbucks announced early in 2019 that it would be investing $100 million into Valor Siren Ventures, a new venture fund led by private equity firm Valor Equity Partners that will fund and promote new retail technology startups. With this investment, Martin-Flickinger has cemented Starbucks’ status as one of the foremost retail technology leaders in the industry.