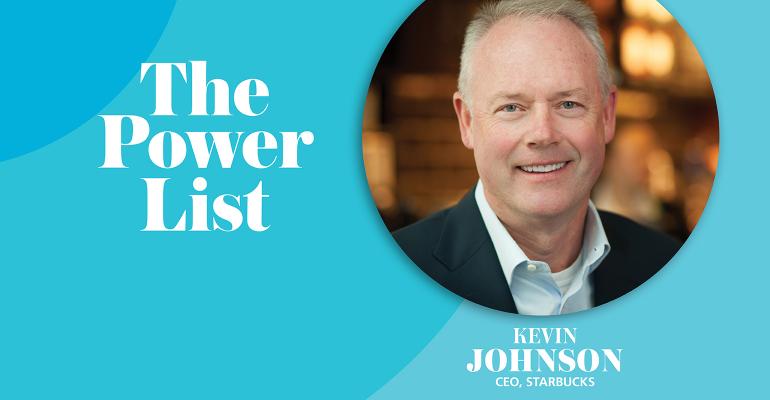 While 2020 was a year of challenges for most foodservice companies — Starbucks included — the coffee leader’s CEO Kevin Johnson used his company’s expansive platform to lead the way in social impact.

In March, the Seattle-based company announced, under Johnson’s leadership, that they would be giving every employee a $3 raise during the pandemic, and followed that up with a commitment to raising all employee wages by at least 10%, which went into effect in December. In other employee-supportive measures, Starbucks also committed to giving all employees schedule flexibility leading up to and on Election Day, emphasizing Johnson’s commitment to making certain that their pursuit of profit is not in conflict with their pursuit of doing good.

Throughout 2020, especially in light of the Black Lives Matter movement and protests around the country, Starbucks took the opportunity to reevaluate their own policies and emphasize transparency. In an October letter to employees, Johnson revealed that Starbucks committed to a corporate workforce of at least 30% Black, Indigenous and people of color by 2025, and 40% on a store level. He also announced that Starbucks will post updated data showing the current diversity of their workplace as they work toward their new goals.

“We know that a more inclusive environment will create a flywheel that leads to greater diversity, and thereby greater equity and opportunity for all,” Johnson said in his October letter to employees. “Greater diversity enables us to better fulfill our mission.”

Of course, Johnson’s leadership throughout the past year is not only demonstrated in how Starbucks has treated its employees and community, but also in how the company pushed forward in times of adversity.

After navigating the temporary closure and reopening of thousands of stores around the world, Johnson unveiled a new blueprint for the future of Starbucks in June, emphasizing the modern customer’s demand for convenience and on-the-go service. The company has committed to closing and repurposing 500+ stores across the U.S. through the end of 2021 to make room for express store formats.

“We’re extending the reach of the Starbucks brand with high-volume, high-margin stores and providing our customers the convenience they are seeking,” Johnson said in October.