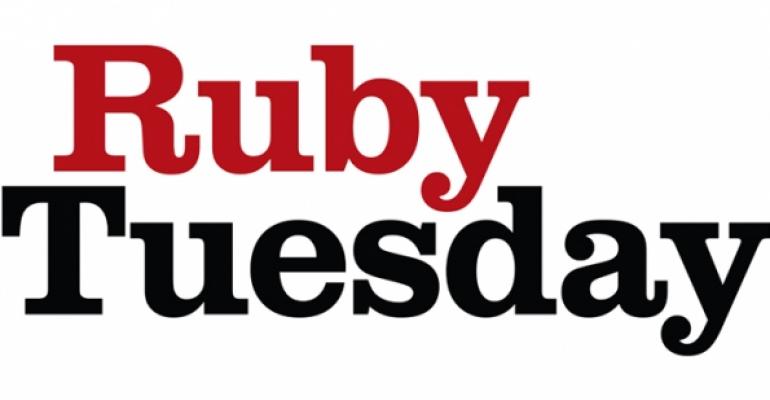 The board of the Maryville, Tenn.-based casual-dining chain, which in August closed 95 of its company owned restaurants amid financial pressures, said it had retained a search firm to seek a permanent CEO and president. Cardwell has served on Ruby Tuesday’s board since October 2012.

Buettgen had served as president and CEO since December 2012, when he succeeded company founder Sandy Beall.

The company said Buettgen, who had served as board chairman, would not stand for reelection at its annual shareholder meeting Oct. 5.

Along with the executive changes, Ruby Tuesday released preliminary financial results for the first quarter ended Aug. 30, saying that same-store sales declined about 2.7 percent in the quarter. It anticipated a loss per share of between 67 cents and 74 cents. Ruby Tuesday will release full fiscal first quarter results on Oct. 6.

Ruby Tuesday in June sold the remainder of its Lime Fresh Mexican Grill restaurants after closing 11 units of that brand last November. In July, an Illinois Ruby Tuesday franchisee closed 11 units in that state.

“We appreciate Lane stepping into the president and CEO roles,” said Stephen Sadove, the board member who assumed the chairman position, in a statement.

“Lane possesses decades of restaurant and management expertise which is ideal for ensuring a smooth and orderly transition during this interim period. His tenure on our board will help facilitate leadership continuity until we can complete the process of identifying a suitable permanent replacement.”

Cardwell said, “I appreciate the opportunity to accept this expanded role and look forward to working with the board and the talented management team as we move toward restoring Ruby Tuesday to sustained profitable growth.”

The company also announced the appointment of Sue Briley as chief financial officer. Briley has been serving as interim CFO since June 2016.

The company has 615 Ruby Tuesday restaurants in 42 states, 14 foreign countries, and Guam, with 547 of those company-owned and the remainder franchised.