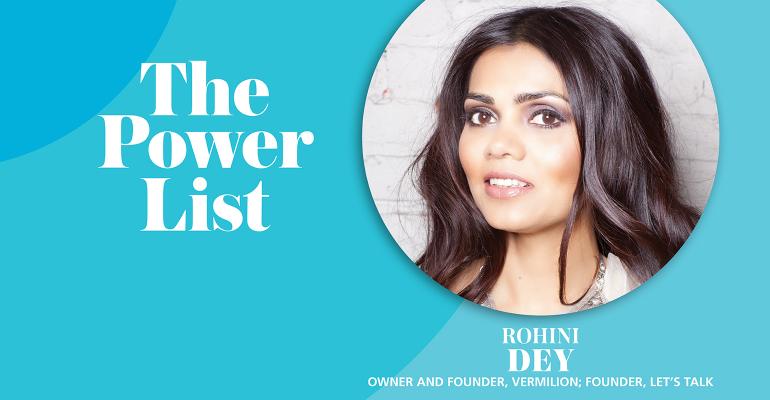 Like so many early in the pandemic, Rohini Dey was feeling a bit lost and isolated. Her Chicago restaurant Vermilion was closed by pandemic-related restrictions for about four months

“I was thinking, do I want to open or not?” she said. “How do I protect my employees? Is it the right thing? The safe thing? Money? Will anyone come?”

So she reached out to a few fellow female restaurateurs in the city to see how they were approaching it. Suddenly, she found she wasn’t alone.

“It was instant chemistry,” she said. “All of us were feeling so cut off and didn’t know what to do. But then we became bonded … the conversations were so candid. Some of us cried.”

It was the beginning of what has grown into a 10-city network of women operators called Let’s Talk. It’s a collaborative group that brings together female independent restaurant operators to rely on each other for everything from “tiny referrals” and emotional support, to market-wide promotions.

“The leveraging of our combined scale was the marvel of Let’s Talk,” Dey said.

The groups have joined in local lobbying efforts as well. In Chicago, for example, 25 female operators joined in a letter published in the Chicago Tribune asking the governor for support during dining-room shutdowns, and the group also helped operators apply for state grants.

A former economist and management consultant, Dey has long been a believer in empowering women. She is a James Beard Foundation trustee and helped launch the group’s women’s leadership foundation. She also serves on the leadership council for the Independent Restaurant Coalition.

During the pandemic, Dey also relaunched Vermilion after a complete interior remodel, though the restaurant is only open for delivery and takeout. In addition to building Let’s Talk and other collaborations, she said she has decided to take more of a stand politically.

“I’m tired of sitting on the fence,” she said. “I support my principles. I support immigrants. I support minorities. I had a cocktail called ‘Impeachment.’ This is who I am, and if anyone doesn’t like it, that’s fine.”