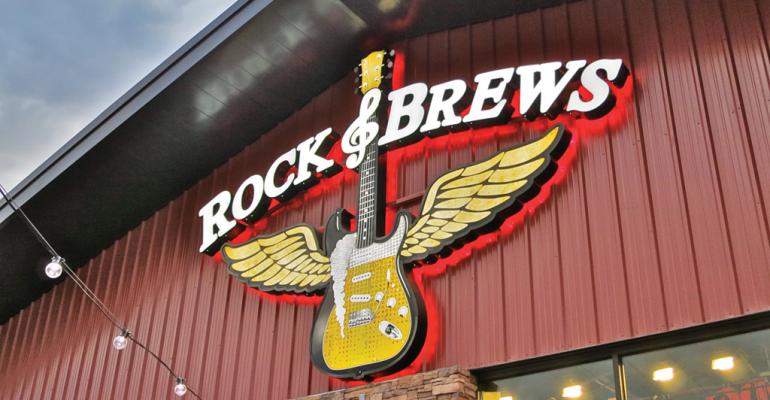 Rock & Brews, the restaurant and entertainment concept co-founded by members of the rock band KISS, has named Michael Sullivan president and CEO, the company said Tuesday.

Sullivan, a 25-year industry veteran, will be tasked with continuing the 19-unit chain’s expansion. “Sully’s experience as a multi-brand franchisee and restaurant owner and partner, combined with his success as part of the team responsible for the meteoric growth at Buffalo Wild Wings, made him a natural choice to spearhead the next phase of Rock & Brews’ expansion,” said Michael Zislis, Rock & Brews managing partner and co-founder, in a statement.

Sullivan has been in the restaurant business for more than 25 years, starting when he bussed tables at Aurelios Pizza at 15 years old, and continuing to when he was 22 years old and bought his first Subway location.

In 2003, he went to work for Buffalo Wild Wings and helped the chain grow from 150 locations to more than 1,200 units. In 2012, he was named emerging brands director, and was tasked with acquiring concepts and integrating them into the company.

“I was so impressed with the brand, the passion of its founding partners and its potential that I not only accepted the role of president and CEO, I personally invested in the brand,” Sullivan said in a statement. “Rock & Brews is a dynamic, one-of-a-kind experience. It’s simply cool, and I look forward to being part of its growth.”

Zislis said: “He is well versed in all aspects of franchise operations and restaurant expansion. He has a keen eye for identifying top-notch, multi-unit franchisees, and we have confidence that his leadership will play an important role as Rock & Brews continues its strategic expansion and diversification.”

The chain has a rock-and-roll, family-friendly theme with locations in the U.S. and Mexico.