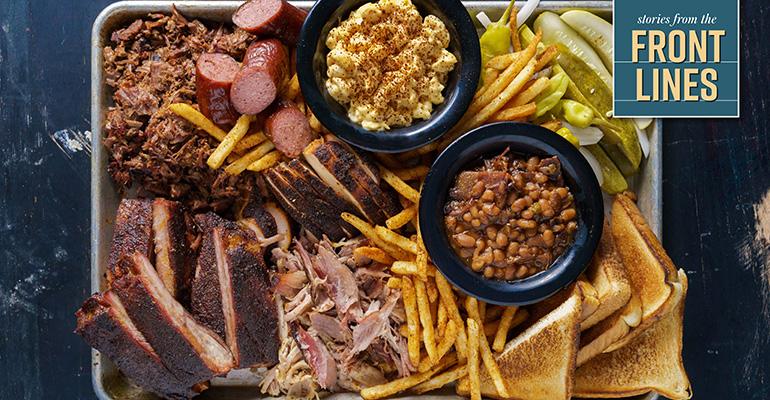 Garrett Mills, president and CEO of RibCrib, thinks new franchise agreements and the rehiring of most of the workforce actually put the brand back on the map for post-pandemic growth.
News>People

RibCrib, the casual-dining rib restaurant based in Tulsa, Okla., saw a difficult road ahead when COVID hit in March. Like many other casual-dining restaurants, it saw many layoffs and an uncertain future as dine-in remained closed across the country for months on end.

Garrett Mills, president and CEO of 55-unit RibCrib, thinks new franchise agreements and the rehiring of most of the workforce actually put the brand — and its new prototypes — back on the map for post-pandemic growth. Read his full story.

NRN: How’s business at RibCrib recovering and how have you been?

In March, [COVID] hit the industry and the country quick. It left us with a lot to learn but not a lot of information to learn from. Next thing you know, we’re having to adhere to local regulations and ordinances that are affecting our business big time, and obviously you have to adjust to the public-safety aspect that was at play as well.

Our primary focus was first keeping our employees and customers safe. Because there wasn't a lot of information at the time, we created a COVID task force and essentially our training department pivoted away from training because new hires weren't a thing.

So, one of the hardest initial tasks was just keeping it all straight, from what are the capacity constraints in small-town Kansas, versus Oklahoma City, Okla., and what are the mask mandates? 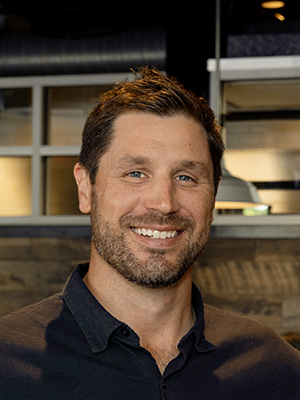 NRN: Did you have any layoffs?

We did. You know really it was a matter of not having hours to get a minimum number for full-time. I mean, your dining room shut down. Putting a server on the schedule when your business is at risk as a whole is just hard to swallow and that was just the reality we went through.

We ended up furloughing … around 1200 people. We are happy to say about that 80% of our payroll is back in full force.

But that was a reality and to add the emotional aspect and the human aspect of this. I can't remember now what day it was but sometime in April, whenever we had to put that word out that essentially, we were having to cut our labor force dramatically, it was a tough day.

For me personally, I know our operations team that had to have those direct conversations at the unit level it was hard. Looking back for me emotionally that was kind of the valley. That was the low of lows. And as we started to see a little bit of light at the end of the tunnel we had to put that behind us somewhat, and view it as this is where we take the business from here and how do we how do we turn this into somewhat of a positive or potential opportunity instead.

NRN: How did you turn it around and what became of the potential opportunity?

In addition to a COVID task force, we had a revenue task force which was business survival at its finest.

In late spring, there was a run on the grocery store, so to speak, and as a result, some of the essential items that we had in our kitchens were in high demand so we created an avenue for our customers to purchase those items online and initially they were a big hit.

It has slowed somewhat, just because I think the supply chain as a whole is has improved, but the essentials campaign was huge for us early and really allowed us to keep people on schedule that were on the schedule that wouldn't have otherwise.

Luckily, we had invested in [ordering platform] Olo just heading into the pandemic. We hadn't rolled it out yet, but we were rounding third, so to speak, and so getting that over the goal line became a priority and we were able to do that. That, combined with a relationship with customers through a loyalty program, but also an improved online ordering platform, allowed us to meet the customer where they are.

We've shifted our takeout business from what pre-pandemic was 30% to what now is over 50% and creating the best experience we can for them from an online standpoint was an early priority. Just to ensure that we're maximizing all sources of revenue.

NRN: What have you learned from the pandemic?

We’re currently developing a prototype, which will be a freestanding unit.

We were already leaning into counter service, especially for a franchising model. We’re primarily a casual-dining brand, but do have a counter-service model, or a counter-service restaurant, and really saw that as the as the path forward. I would say now that we’re in the new norm, so to speak, we’re leaning even more into that. So, we’re developing a prototype and we’re really thinking heavily about off premise.

NRN: Have you been opening units during this time?

We did open up one unit in Springfield, Mo. We already had the ball rolling on that one, so to speak.

We’re actively negotiating two leases on new units, and we also signed two new franchise agreements, mid-pandemic. So, as I told with my team yesterday, it's a tribute to them for our ability to kind of home in and focus on operational pivot. Through this downturn, to make sure that we come out a better organization. And I think those development stories certainly, shine through.

Correction: The number of units has been updated from 47 to 55.