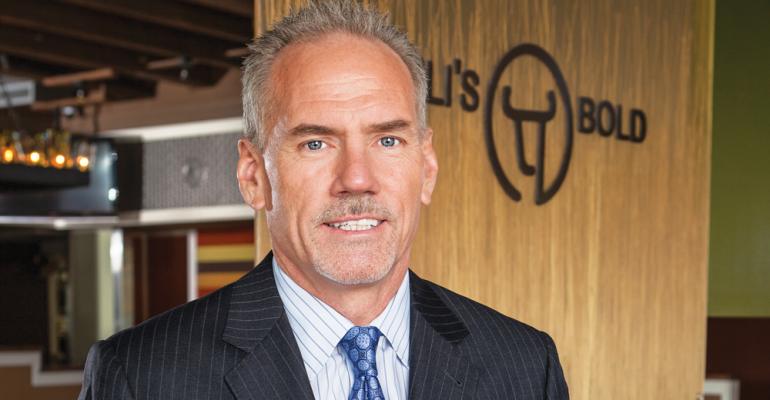 Wyman Roberts, CEO and president of Dallas-based Brinker International Inc. since January 2013, has been with the parent company of Chili’s Grill & Bar since 2005, when he joined to head the Maggiano’s Little Italy brand. Prior to joining Brinker, he served as chief marketing officer for Universal Parks & Resorts and oversaw marketing at Red Lobster when it was owned by Darden Restaurants Inc.

Known for: Roberts, an accomplished runner and cyclist, approaches casual dining as a marathon and not a sprint. While the segment has been under pressure from competition as well as a consumer shift in restaurant tastes, Chili’s and Maggiano’s have remained relevant, with the former slashing its menu 40 percent in September to focus more narrowly on burgers, fajitas and ribs to speed service and smooth operations.

Power move: Under Roberts’ guidance, Brinker has invested in the to-go infrastructure rather than delivery to grow sales at both the Chili’s and Maggiano’s concepts, especially curbside to-go capabilities at the 1,630-unit Chili’s. The company invested in a new online ordering system and introduced Curbside-To-Go. “The big opportunity in the short term is takeout,” Roberts said in April.

What’s next: Roberts in November said to-go had become an important part of Brinker’s business, making up more than 10 percent of sales at Chili’s and more than 11 percent of the 52-unit Maggiano’s base. He said Brinker is looking at innovations in to-go packaging as well as testing third-party delivery service and ways to increase dine-in traffic.