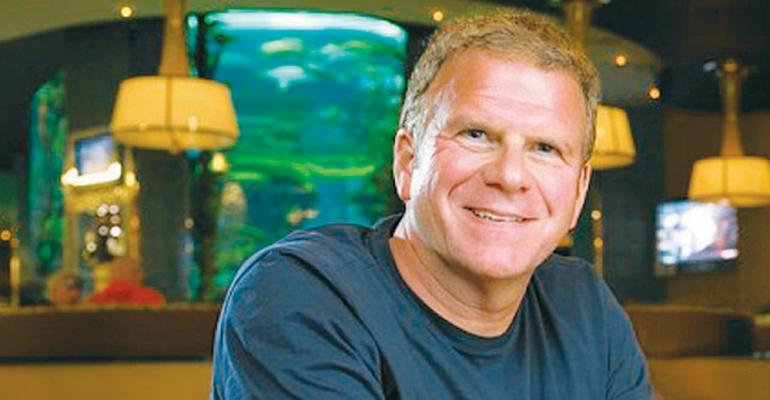 Tilman Fertitta goes for restaurant chains with the kind of swagger and risk-taking you would expect from someone who also owns the Golden Nugget casino. His company Fertitta Entertainment comprises the casino and Landry Inc., which, along with the eponymous steakhouse, has Bubba Gump Shrimp, Morton’s, McCormick & Schmick’s, Mastro’s Restaurants and Rainforest Café in its portfolio of more than 40 brands. In addition to Landry’s, Fertitta has Lancadia Holdings, which raised money on the Nasdaq Capital Market in 2017 and is a $2.4 billion blank-check company for investments in the restaurant, hospitality and gaming sectors.

Known For: Fertitta is known for buying companies at or near bankruptcy and making deep cuts to turn fortunes around. He is also the owner of the NBA’s Houston Rockets and the star of the reality show “Billion Dollar Buyer.”

Power Move: Landry’s won the bankruptcy auction for Ignite Restaurant Group, the owner of Joe’s Crab Shack in August. “I don’t think what has happened to Joe’s in the past 12 years has been good,” Fertitta said at the time. “We will be shrinking the concept down tremendously.” He also acquired a 50 percent stake in EMM Group, which owns Catch and Lexington Brass.

What’s Next: For Lancadia, an acquisition target would have to be a very high growth company, Fertitta told Bloomberg in October.