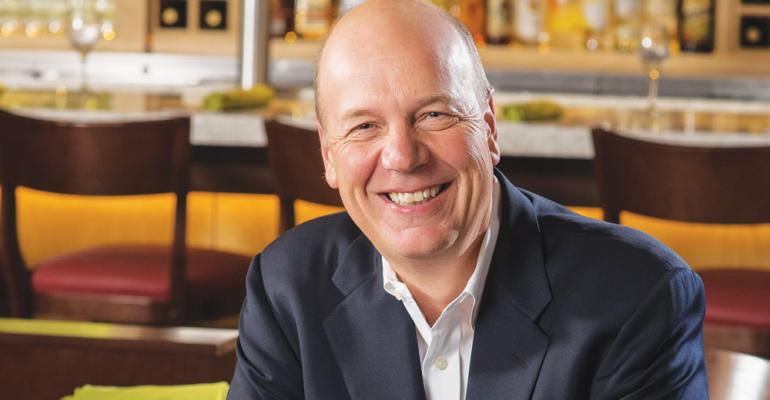 Gene Lee was named president and CEO of Orlando, Fla.-based Darden Restaurants Inc. in 2015, promoted after a bruising activist investor battle. He oversees a broad portfolio of casual-dining chains, totaling more than 1,700 units and featuring such legacy brands as Olive Garden and LongHorn Steakhouse, as well as Yard House, The Capital Grille, Seasons 52, Bahama Breeze and Eddie V’s. For the 2017 fiscal year ended May 28, Darden reported about $7.2 billion in total sales and a systemwide same-store sales increase of 1.8 percent. Lee joined Darden in 2007, when it acquired RARE Hospitality International, where he served as president and chief operating officer.

Known for: With more than 30 years in the restaurant industry, Lee has developed a reputation as a leader who promotes a strong workplace culture. “The folks that run our buildings are the most important people in our organization,” Lee said at the recent ICR Conference, adding that managing partners need “the right incentives and right motivation to do a great job and bring our brands alive.”

What’s next: As Darden works to integrate Cheddar’s, it is looking to expand its offerings deeper into the value segment. “This addition will also enable Darden to further strengthen two of our most important competitive advantages: our significant scale and our extensive data and insights,” Lee said. In January, Darden also said it would invest in its workforce about $20 million of the more than $70 million in savings under the recently approved tax reform legislation. “The investments will be retentive in nature,” Lee said.