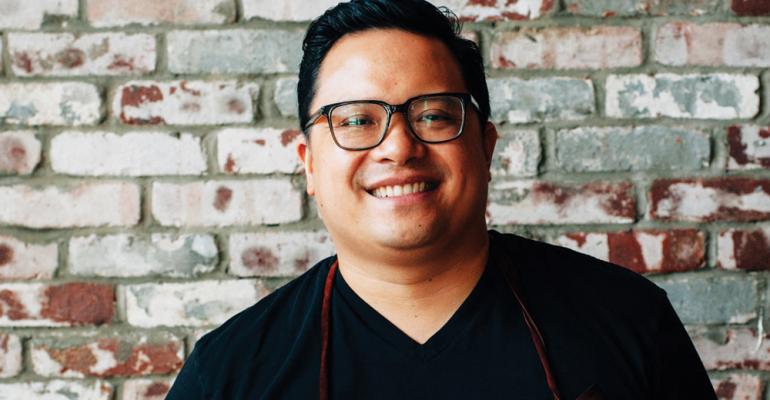 Dale Talde has parlayed his culinary talent and hard work, aided with successful “Top Chef” appearances, into a burgeoning and influential restaurant empire as a partner, with David Massoni and John Bush, in New York City-based Three Kings Restaurant Group. The group operates three locations of “inauthentic Asian” restaurant Talde as well as “Italianish” restaurant Massoni and Asian-American Rice & Gold, among other restaurants and bars. A 1998 graduate of The Culinary Institute of America, Talde got his start in his hometown of Chicago before moving to New York, where he became director of Asian restaurants for Starr Restaurants before joining his current business partners.

Known for: Talde has channeled his Filipino heritage into a playful and flavorful cooking style that exemplifies the post-Fusion no-holds-barred food that is modern American cuisine at its best.

What’s next: Talde and partners are working on three concepts in Grandview Public Market, a food hall in the Warehouse District of West Palm Beach, Fla., that is currently slated to open this month.