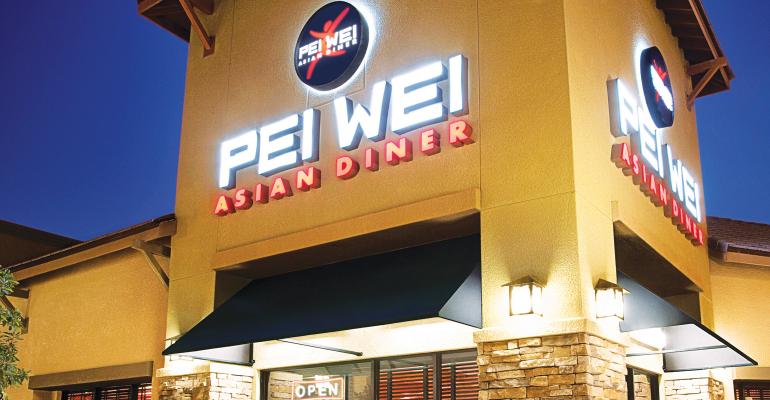 The Irving, Texas-based Asian fast-casual brand said Andrews, who most recently served as vice president of information technology, would focus on digital innovation and guest-facing technology.

“There’s no question that technology is playing an extremely valuable role in our brand now and that will continue in the future,” said J. Hedrick, Pei Wei CEO, in a statement. “We have seen technology’s role continue to grow through online ordering, our app and again recently with our launch of delivery.”

Andrews joined Pei Wei in July 2017 and helped in the company’s headquarters move last year from Scottsdale, Ariz., to Texas. He will report to Brandon Solano, Pei Wei’s chief marketing and digital officer.

“Chris has been an outstanding leader on our team from the moment he joined the Pei Wei family,” Solano said. “I’m extremely pleased to recognize his work with this well-deserved promotion, and I can’t wait to see where he leads us next in the digital space.”

Prior to joining Pei Wei, Andrews served as vice president of infrastructure and corporate development for The Freeman Company, the event and exhibit specialist. Previously he worked with On The Border Mexican Grill & Cantina and CEC Entertainment Inc., parent to Chuck E. Cheese’s and Peter Piper Pizza.

Pei Wei ranked No. 123 in the most recent Nation’s Restaurant News Top 200, booking an estimated $339.9 million in U.S. systemwide sales for the fiscal year ended December 2017.

Pei Wei and parent P.F. Chang’s China Bistro were taken private in July 2012 in an acquisition by Centerbridge Partners L.P., a New York-based private-equity firm. Centerbridge has been exploring a sale of P.F. Chang’s, which is still based in Scottsdale, since the summer.