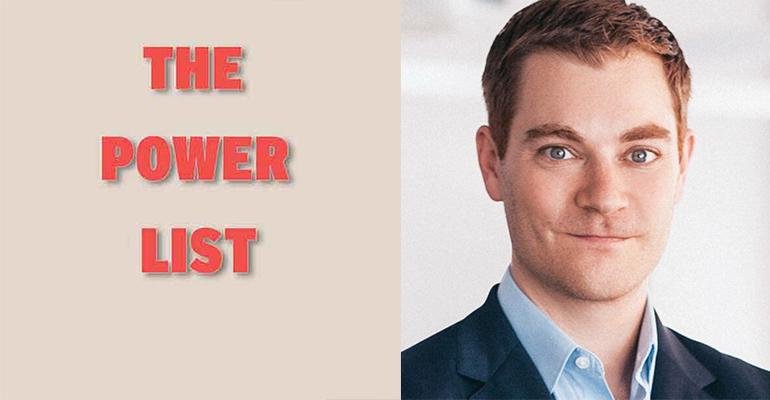 Noah Glass is the founder of Olo.
News>People

As founder and CEO of Olo, Noah Glass is guiding restaurants through the biggest disruption in the industry's history—off-premise dining. Delivery and take-out have fundamentally changed how restaurants run and how, or if, they make a profit. Glass, though, is shifting the balance of power back to restaurants.

Olo is a digital ordering and delivery enabling platform for restaurants. The company has taken the complicated tech and logistics behind off-premise—third-party delivery systems, point-of-sale systems, and a multitude of software and hardware—and streamlined operations. In the process, Olo has made off-premise a sustainable proposition for restaurants.

"We are so passionate about helping restaurants to be the great beneficiaries of this enormous digital shift that's happening in our industry," Glass said on NRN's podcast Extra Serving.

Glass founded Olo — shorthand for online ordering —back in 2005 with a text to order service. At the time, only a small percentage of consumers owned smartphones, but Glass saw the smartphone's potential early on.

"We were maniacally focused on what the world of restaurants would look like when consumers adopted these things," he said, discussing the smartphone.

Today, the smartphone has become a remote control for consumers' ever need—particularly on-demand food.

Working with over 300 restaurant brands, Olo provides cloud-based platforms that connect consumers' digital orders directly to better manage their delivery operations, among other features that have made the company a key cog in the online ordering and delivery ecosphere.

"We thought it was important to create a different type of delivery option for restaurants that wanted to meet the needs of the consumer that didn't result in the restaurant losing 20 to 30% of the total revenue of that transaction in the form of a commission to a marketplace," Glass said when describing the brand's Dispatch service, which was launched in 2015, and allows customers to order directly from a brand.

Not all customers want to order directly from a brand's website or app, though. Glass sees the importance and value in third-party platforms, particularly in their digital marketing capabilities. And from early on Olo has prided itself in its relationships, like those with Postmates and DoorDash.

The New York-based company further strengthened its position in 2019 by executing partnerships with Uber Eats and Google, paving the way for ongoing expansion in this space. Both partnerships followed the news that Olo received an $18 million infusion from Tiger Global Investment, signaling confidence in the company's opportunity for further growth. Recently, Bloomberg reported Olo was considering an IPO and seeking a $1 billion valuation.

Under the Google agreement, Olo's network of restaurants can opt-in to have their brands integrated with Google Search, Maps and Google Assistant for digital food orders. The partnership means any brand working with Olo can now "plug into" this frictionless ordering system without being re-directed to a third-party site. Initial chains involved in the launch included Checker's and Portillo's Hot Dogs.

"It's much cleaner for the consumer, the restaurant is paying a lot less and they're getting the customer data," Glass told NRN in a phone interview.

Google had previously launched a service through which users could order food when searching for restaurants or a type of cuisine. When a user selects a specific restaurant, they see an "order online" button on the restaurant's Google listing.

Through the Uber Eats partnership, Olo allows orders placed through Uber Eats to flow directly into a restaurant's order stream. It's partnerships like this that eliminate what Glass calls "tablet hell," or when restaurant counters are crowded with multiple iPads connected to various third-party delivery platforms.

There's a lot of complaints and concerns from operators when it comes to the new world of off-premise dining. But Glass stays above the fray. He's got to. He partners with restaurants and delivery platforms, as well as point-of-sale, payment and loyalty companies.

"Our stance as a business is to be neutral and to be an open platform, meaning whoever wants to plug into us can plug into us," he said.

Glass is decidedly bullish on the future of restaurants and their relationship with tech. And just as he did with the smartphone, he's looking ahead and leading the way towards new ways of ordering food, like from a car. Olo has a partnership with BMW, which allows orders through the car's iDrive.

"What's fundamentally happened and changed is that the point of sale, literally speaking, the point at which one is making a sale, is no longer just a physical device inside of a restaurant," he said. "You can now enable the point-of-sale to be anywhere, and I think that's what you will continue to see a proliferation of: more and more ways consumers using a digital experience to place an order. And I think restaurants are going to lead the way for other brick and mortar retailers to follow suit."

Mark Hamstra contributed to this report.

This article has been updated with the correct name of the Rails platform
TAGS: Technology Operations
0 comments
Hide comments
Related
Sponsored