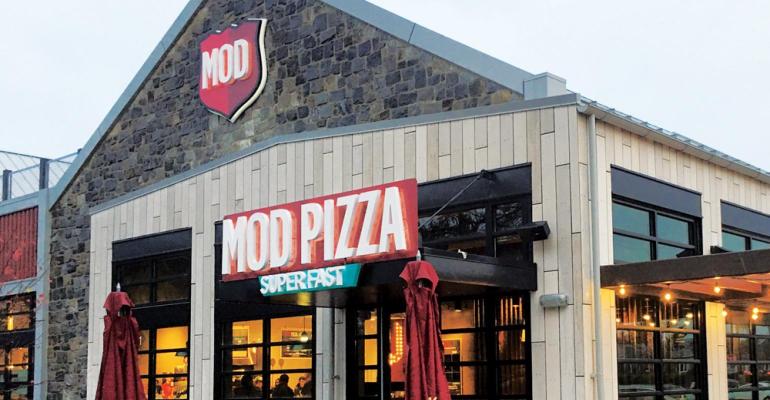 During the COVID-19 pandemic, Svenson said it’s more crucial than ever to have a consistent employee culture and company message

MOD Pizza is perhaps just as well-known for their employee-first company culture as they are for how quickly they grew their 500-unit, fast-casual pizza restaurant across the country. But despite the company’s challenges over the past seven months of the COVID-19 pandemic, CEO Scott Svenson said during Thursday’s MUFSO keynote session, “Leading Through Disruption,” sponsored by Beekeeper, that putting their people and their company values first is more important than ever.

Here are some of the company culture-first leadership lessons Svenson has both learned and led throughout the pandemic.

One of the most important values MOD Pizza has is what Svenson calls “wide boulevards and high curves,” which means that they trust their employees enough to give them “wide boulevards” to work within until they break that trust.

“If you jump a curve, then you can’t be a part of the team anymore,” Svenson said during Thursday’s keynote session.

He gave a recent example that happened just a few weeks ago at one of their stores in Portland, when a photo circulated on Twitter of an employee wearing a mask with an offensive acronym on it. After careful review of their policies, Svenson said that they decided to “promote that employee to the role of customer and let them go,” adding that even though they have “an inclusive and tolerant culture” of different views and perspectives, there are ways for employees to break that trust and go too far.

He added that making tough operations decisions like that does not affect the spirit of their open and encouraging company culture as a whole:

“Just because there are a few drops of pollution in the ocean doesn’t mean the ocean is polluted and that’s how we treat our employees every day,” Svenson said. 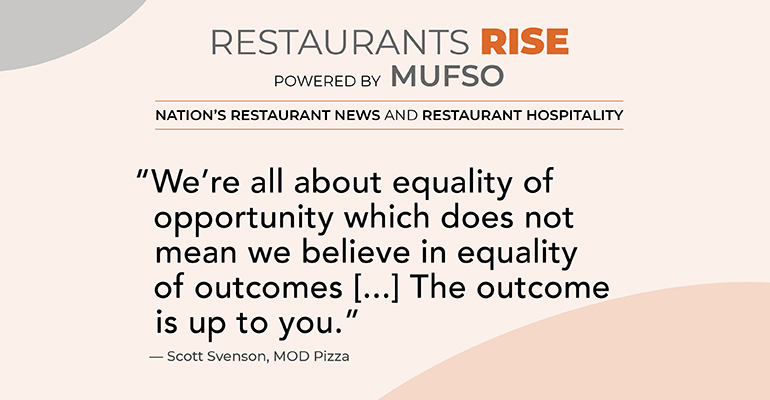 Encourage a culture of mutual trust

Svenson found that maintaining that culture of trust was especially important when solving challenges during the pandemic. Throughout the pandemic, MOD Pizza had a policy of offering pizza free of charge to any team member who comes into their shop with family and needs to eat without questions asked. The family meals, he said, were so popular and was never abused so they had a meeting to discuss if it should become a permanent policy for the company. The response was surprising:

“They said ‘we don’t need to make it a policy; as soon as we do that, you’ll cheapen what it’s really about […] and you imply to the team that they need to do be told what the right thing is to do,” Svenson said. “The culture we’re developing often has a life of its own.”

He said that this type of response has extended to other aspects of the company. For example, there is no company rule for how an employee should respond if a customer comes in to complain about food or service. The end result, he said, should always be that the customer should leave happy, but how they get there is up to the employee.

Focus on where an employee is going, not where they came from

MOD Pizza has become well-known for hiring employees of disadvantaged backgrounds, from at-risk youth and formerly incarcerated people to those with intellectual and developmental disabilities. MOD believes that having a well-known culture of hiring the best people for the job, whatever their background may be is a major strength.

“We have people from all walks of life,” he said.

But that does not mean that once employees are hired at MOD they are met with lax standards: 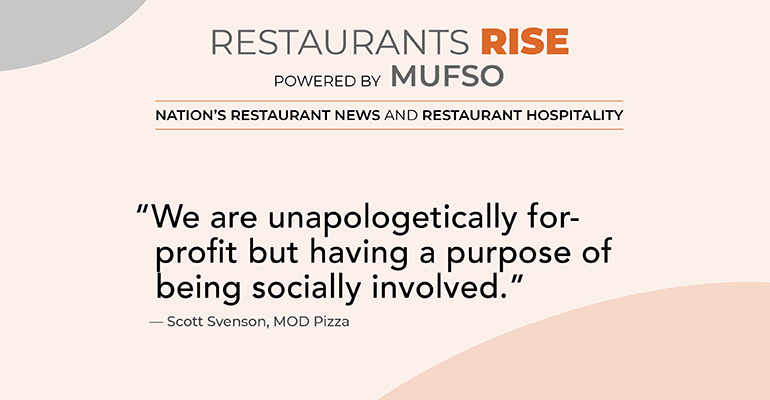 “We’re all about equality of opportunity which does not mean we believe in equality of outcomes,” Svenson said. “The outcome is up to you. We provide the field for you to play on, the research training and support. If you want to be a starter, you have to show up and play the game.”

Create a community in and around the restaurant

“We started down this path of if we could open one pizza pace that make a difference in community, then think about all of the communities we can touch and people we could employ,” Svenson said. “It’s become clear over time of how we can make a difference and show up this is a journey and we’re at the beginning.”

The company has focused on community-based hiring and has partnered with organizations like Best Buddies International and FareStart to help get people with intellectual and developmental disabilities, as well as disadvantaged and homeless youth on their staff.

“We are unapologetically for-profit but having a purpose of being socially involved,” Svenson said, adding that they will often build pizzerias in underdeveloped communities to help create jobs in communities that would benefit from their hiring practices.

“These stores might not be as economically viable, but we have to balance economics with our social impact,” Svenson said.

Be open to ideas from team members at all levels

The company’s best ideas, Svenson said, often come from inside a MOD pizzeria rather than inside a conference room. He said that it’s important to MOD Pizza’s leadership team to be open to ideas from all levels of employees, especially when they have firsthand knowledge of what customers want. 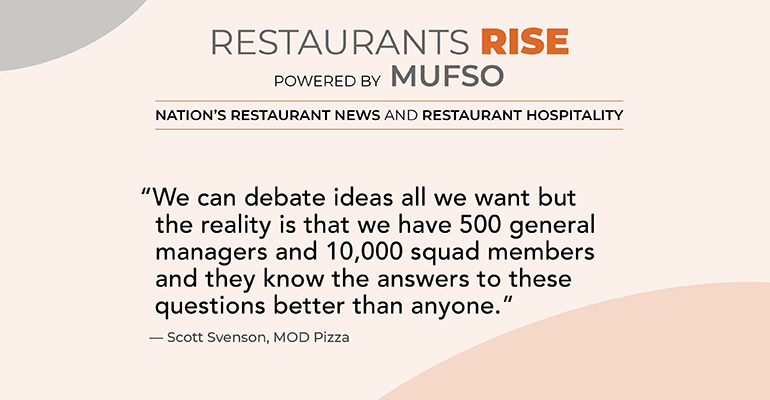 “We can debate ideas all we want but the reality is that we have 500 general managers and 10,000 squad members and they know the answers to these questions better than anyone,” Svenson said.

MOD incentivizes insights and ideas from squad members and rewards team members who come up with smart solutions.

“On a scale from 1-10, we’re about at a 2 or 3 in terms of tapping into insights in the field, and constantly getting better,” he said.