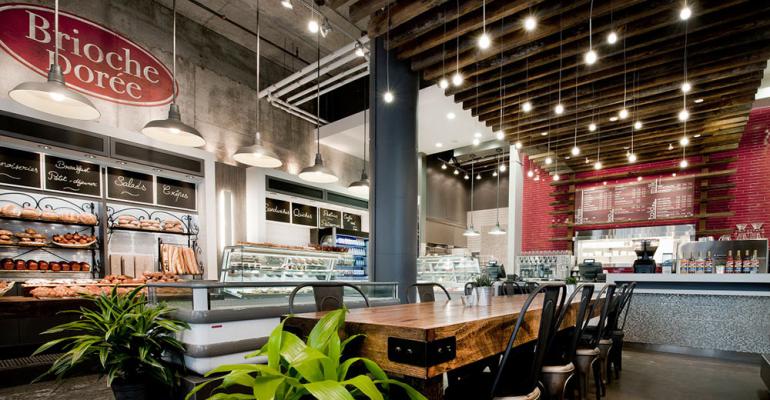 Julie Hauser-Blanner to develop the global brand for American market Le Duff America has named Julie Hauser-Blanner to the newly created position of U.S. president of Brioche Dorée, with responsibility for launching the concept in the United States.

Most recently, Hauser-Blanner ran foodservice at Bass Pro Shops. Before that, she held various positions at Bloomin’ Brands Inc., including regional vice president of Bonefish Grill and vice president of global operations at Outback Steakhouse.

According to a press release announcing her appointment, Brioche Dorée was founded in 1976 in Brest, France, by Louis Le Duff, and “offers Parisian-style and urban French cuisine, with freshly baked breads and pastries and housemade sandwiches, soups and more.”

The chain has more than 500 locations worldwide, according to parent company Groupe Le Duff.

“Julie has a strong track record in domestic and international operational excellence, making her an outstanding choice to lead the U.S. launch of our legacy Brioche Doree brand,” Le Duff America CEO Olivier Poirot said in the release.

“She is also a very enthusiastic developer of people who strongly believes in creating and nurturing a highly motivated team dedicated to achieving ambitious goals and results, which is imperative as we recreate the brand for the U.S. market.”

“Now is the perfect time to introduce American audiences to Brioche Dorée because it offers fresh, hand-prepared, authentic food for the way people want to eat today,” Hauser-Blanner said in the press release. “My top priority is to make this iconic, global brand relatable to the U.S. consumer while maintaining the highest standards of guest experience and exceptional food quality.”