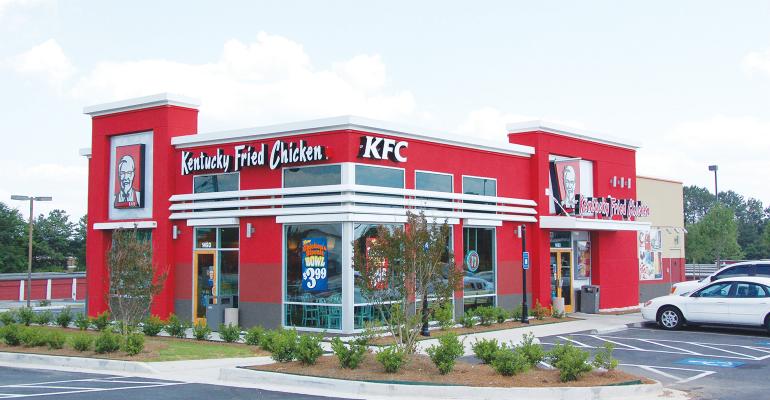 Yum Brands Inc. on Tuesday said that it has promoted Kevin Hochman to president and chief concept officer at KFC in the U.S.

The promotion is effective immediately. Hochman, who had been chief marketing officer for KFC’s largest market, succeeds Jason Marker, who had held the position since 2015, and who, KFC said, resigned “to pursue other opportunities.”

“He has led KFC’s incredible brand re-launch and brought back the greatest chicken salesman in the world, Colonel Sanders, to pop culture. He’s the perfect person to continue to grow and elevate KFC U.S. into a distinctive, relevant brand that people trust and champion.”

Hochman joined KFC U.S. as chief marketing officer more than three years ago, and has been given considerable credit for the company’s marketing prowess in recent years — notably the Sanders campaign, which has generated buzz at the company, using several actors playing in the Sanders role.

The ads have been credited for helping improve the chain’s sales. Same-store sales at KFC in the U.S. have increased for 10 straight quarters.

Hochman had previously worked at Procter & Gamble in a number of brand management and marketing leadership roles since 1995.

“He has played a key role in the Re-Colonelization effort — driving structural thinking, collaborative franchise relationships, great brand positioning and excellent advertising — which has contributed to the brand’s turnaround in the U.S.,” Roger Eaton, CEO of KFC Global, said in a statement.

Marker had been with Yum Brands since 2003, and with KFC U.S. since 2011. The company and its franchisees had given Marker considerable credit for the brand’s domestic turnaround following years of sales weakness and store closures.

“I want to thank Jason Marker for his strong leadership and the many contributions he has made to Yum Brands and KFC U.S. over the years and wish him continued success,” Eaton said.