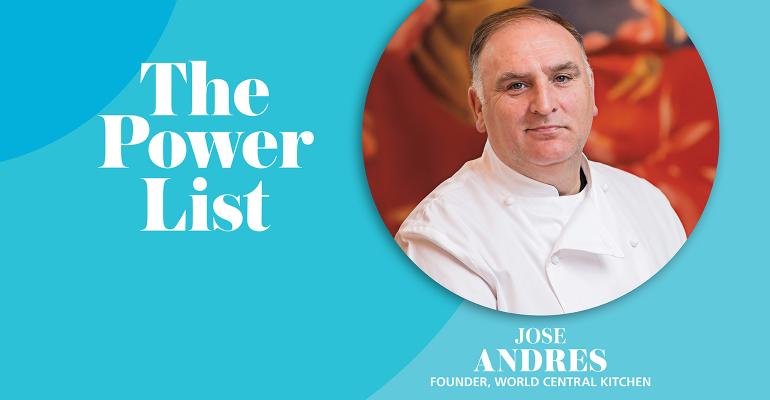 José Andrés throws lifelines to restaurants and people in need

For years, chef and restaurateur José Andrés has been creating careers and serving great meals through the 25 restaurants in his ThinkFoodGroup, while simultaneously providing hunger relief in the wake of natural disasters, among other crises, through his World Central Kitchen.

That all accelerated when the coronavirus pandemic struck.

Meanwhile, World Central Kitchen sprang into action, channeling funds to restaurants across the country that were commissioned to prepare meals for hospital workers and people in need.

That included individually packed meals for families with children — who normally would be fed in schools that had been shuttered — to pick up, as well as meals delivered to seniors who were sequestered at home.

Andrés and World Central Kitchen also provided meals to people waiting in long lines to vote during election season. Through his #ChefsForThePolls initiative, local restaurants and food trucks served hundreds of thousands of meals in 250 cities.

Meanwhile, ThinkFoodGroup took its time to reopen, to make sure that it could be done safely, although it was able to pay all of its employees for the first five weeks thanks to Paycheck Protection Program loans; none of them were commissioned by World Central Kitchen.

The restaurant group also took the time to put together a 55-page reopening and operations playbook, following the Centers for Disease Control and Prevention and World Central Kitchen guidelines, and made it available to other restaurant operators.