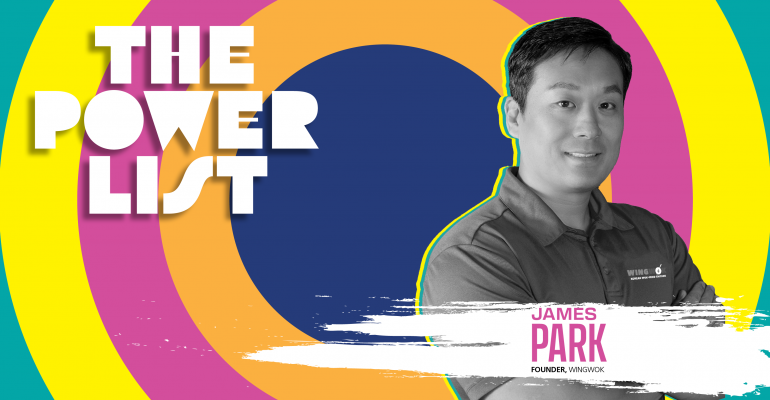 The signature item of WingWok is chicken wings, double fried Korean-style and then coated in one of four sauces that are quickly reduced in a wok, rather than brushed on, allowing for intense flavors and rapid throughput.
News>People

James Park’s fast-casual chicken concept WingWok has been years in the making. And it’s bringing to life ideas that he’s developed over those years — ideas on how to run a more convenient concept.

“It’s really the culmination of a dream, and then stabilizing that dream and making it come to life through processes that I’ve learned and built through the past 10 years or so,” he said.

The signature item of the concept, located in the Denver suburb of Centennial, Colo., is chicken wings, double fried Korean-style and then coated in one of four sauces that are quickly reduced in a wok, rather than brushed on, allowing for intense flavors and rapid throughput.

WingWok also offers a Korean Ssam Burrito — ssam means “wrap” in Korean — made with chicken and kimchi fried rice in a tortilla, and a sandwich made with chicken tenders in gochujang sauce with an Asian slaw and, instead of pickles, fresh, thick-sliced cucumbers resembling what would be served in South Korea, according to Park.

Side dishes include kimchi fries and kimchi fried rice, as well as typical Korean “banchan”: side dishes that accompany traditional meals, such as kimchi, pickled daikon and seaweed salad.

The chicken and bread are both sourced locally, from Red Bird Farms and Aspen Baking Company. Gluten-free bread is also available, and everything besides the sandwich is gluten-free already.

But beyond that, WingWok relies heavily on Park’s Korean heritage, with Korean beer and soju and packaged snacks such as shrimp crackers, Turtle Chips, which he says are like churros, and chocolate Homerun Balls that Park enjoyed as a kid in South Korea, where he lived until he was 5.

Additionally, Park had a global marketing role with convenience store chain 7-Eleven, and that experience has helped him implement the same sort of convenience in WingWok.

The first unit is already convenient in terms of location — on a major street in a shopping complex with plenty of parking across from Arapaho High School. But Park went out of his way to  add other convenience-type elements, such as ease of digital ordering and eliminating fountain drinks, which although more profitable than cans and bottles, also require more work for the staff and result in spillage, causing potential for lost time and potential cross-contamination that consumers have little patience for these days as we continue to slog through the pandemic, Park said.

“There’s no better time for ‘convenient’ [location] and ‘convenience’ to come together to create the best customer experience,” he said. “I see it as an opportunity to really up our game in the digital space and physical space, keeping safety top-of-mind, to create the most exceptional guest experience.”

That’s why the 1,100-square-foot restaurant has two doors for easy entrance and exit and minimal time spent with other people indoors.

“It’s about 8 feet from where you walk in to where you pick up your food,” he said.

So far, so good. WingWok opened in July 2021 and a second location is under construction, with several joint-venture deals to open new units in the works, Park said.

He has other irons in the fire, too, including being an operating partner in Mercato Partners’ Savory Fund II, which includes him finding perspective acquisition targets with proven models that the fund can invest in and expand.