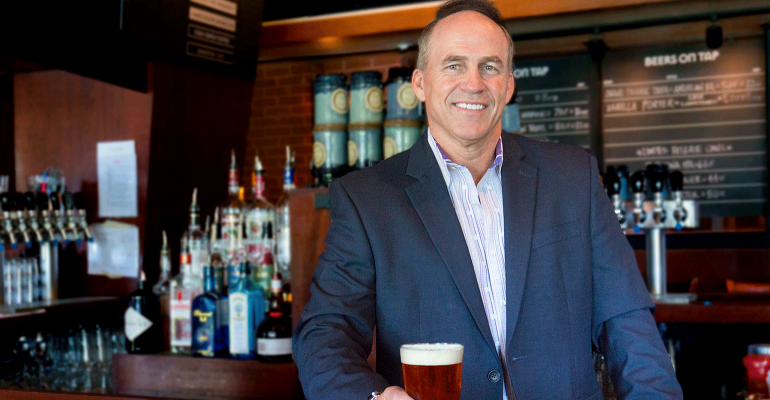 Boerema, who previously was CPK’s chief operating officer, replaces Iron Hill co-founder Kevin Finn at the helm. Finn was named chairman of the board of the 14-unit chain.

Finn said in a statement that it was the next logical step as the concept ratchets up growth.

“Our foundation is strong, our processes and protocols sound, and our staff is the best in the business,” he said. “I am genuinely proud of them and pleased to turn over day-to-day command to Kim, an outstanding leader whose business acumen, drive and operational knowledge foster success at every turn.”

Iron Hill is moving forward with a strategic expansion, he said in a statement. Two units opened in May, including restaurants in Rehoboth Beach, Del., and Greenville, S.C.

Known for craft beer brewed on site and a full menu of scratch-made food, Iron Hill was founded by Finn and co-founders Mark Edelson and Kevin Davies in 1996, in Newark, Del. All three founders will remain active in every aspect of the business, the company said.