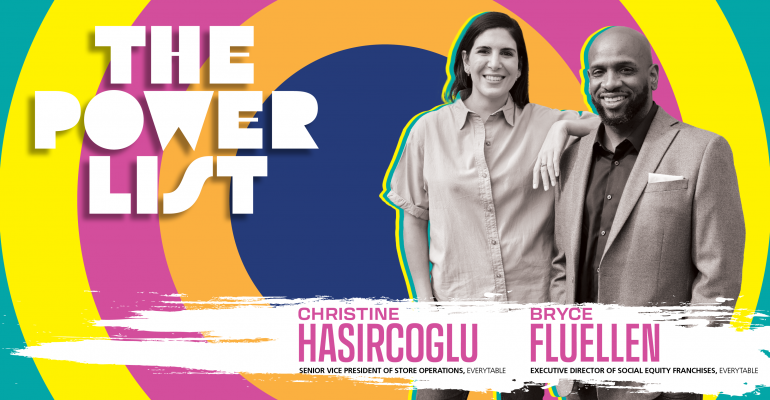 What started in 2015 as a concept to bring healthful grab-and-go food to lower-income neighborhoods at an accessible price has grown into an omnichannel fresh prepared food business with big plans for expansion.
News>People

Los Angeles-based concept moves to the next stage in 2022

It’s going to be a big year for Los Angeles-based Everytable.

What started in 2015 as a concept to bring healthful grab-and-go food to lower-income neighborhoods at an accessible price has grown into an omnichannel fresh prepared food business with big plans for expansion.

Everytable has 13 storefronts offering grab-and-go meals in Los Angeles. In 2022, that number will grow to 60, expanding throughout Southern California and moving to New York City for the first time. The concept also has a booming e-commerce business offering meals for delivery, as well as a subscription service. A new app will launch this year for ease of ordering and cashless payment in stores.

Even further, Everytable is growing its more than 100 unmanned Smart Fridges in sites like hospitals or schools with fresh food offerings. The company has partnered with city agencies to feed seniors and folks in temporary housing programs. And Everytable is planning to expand catering in 2022, offering large-format meals for business meetings or events.

Perhaps most importantly, 2022 will be the year the first cohort of franchisees graduate from Everytable University and take ownership of their own stores after going through a rigorous training program that includes coursework on leadership — from financial management to dealing with the loneliness that can come with being an entrepreneur. Those approved will be able to open units with no upfront costs — removing what is often an insurmountable hurdle. Traditional franchising can require operators to bring as much as $2 million upfront.

At the center of this franchising initiative, which today has six franchisee candidates, is Christine Hasircoglu, Everytable’s senior vice president of store operations, who has been with the company for almost five years — since Everytable was a team of five.

Hasircoglu’s challenge is not only building a vertically integrated food production and delivery system that makes healthful food available at a price lower than fast food, but also working to put ownership and leadership of that system in the hands of women and minorities.

“When you look at women and minorities in our industry, it’s oversaturated at the frontline hourly work level. But as you ascend the ranks, their representation decreases,” she said. “So when you get to the executive level, the percentage of minorities and women in those roles is low. My big idea is to level up the next generation of hospitality leadership and talent in our industry with the goal of redistributing power and wealth by creating pathways to ownership and pathways to leadership.”

Fluellen believes the Everytable model can transform franchising the same way it intends to disrupt the food system.

“It’s not easy to bring something to life that you see and no one else sees, but I like to be in those situations,” said Fluellen. “Three or four years from now, we will have franchisees who not only are successful in their one store, but may have multiple stores, are able to have economic mobility and create wealth for their families, and are able to have a dream of buying a house or investing money and having money saved. That’s when I feel like I’ll be successful.”